Act Like A Christian But Don’t Mess With My Money

Act Like A Christian But Don't Mess With My Money

About that time there arose no little disturbance concerning the Way. For a man named Demetrius, a silversmith, who made silver shrines of Artemis, brought no little business to the craftsmen. These he gathered together, with the workmen in similar trades, and said, "Men, you know that from this business we have our wealth. And you see and hear that not only in Ephesus but in almost all of Asia this Paul has persuaded and turned away a great many people, saying that gods made with hands are not gods. And there is danger not only that this trade of ours may come into disrepute but also that the temple of the great goddess Artemis may be counted as nothing, and that she may even be deposed from her magnificence, she whom all Asia and the world worship." — Acts 19:23-27

As I mentioned in a previous devotional this week, the Temple of Artemis was one of the 7 Wonders of the Ancient World. But within the temple stood a giant statue of Artemis. If you are watching the video today, you will be able to see what she looked like. Most of the time, Artemis looked like this. She was portrayed as a young attractive virgin wearing a short tunic with a deer at her side. In Ephesus, however, she was portrayed as a more mature woman, and her top was draped down to her waist, exposing her chest. And in the picture, you will be able to see how this looks. As the goddess of fertility, she is revealing all of her fertility.

And it appears from the text some made a living on selling popular souvenir versions of this statue. Demetrius was one. He made small silver replicas of Artemis. And because Paul preached a gospel of a God not made by hands, this was adversely affecting his business. And thus, you see that Demetrius mounts a movement against Paul because he doesn't want him messing with his business or anyone else's.

But you'll notice that along Paul's journey, he does not hesitate. He never hesitated to share a gospel and invite people to a life of followership. One that in many ways rejects cultural practices, opposes ungodly businesses, and creates division in Jewish synagogues. And I believe he does this because he is worried less about the adverse impact and more about the need to call men to Christ.

As you evaluate today what you need to do as a follower of Christ, I want you to worry a little less about the loss and the adverse impact of your godly decisions. Instead, keep your eyes fixed on the eternal rewards and be, live, and act godly. And then leave the rest up to God. He may end up using your godly action or adverse impact to compel even more to believe.

ASK THIS: What godly action have you been hesitant to take? (Share this below if you dare)

DO THIS: Take godly action.

PRAY THIS: God, make your Spirit strong in me today so that I will be able to take the godly action I need to take.

PLAY THIS: You Make Me Brave — Amanda Cook. 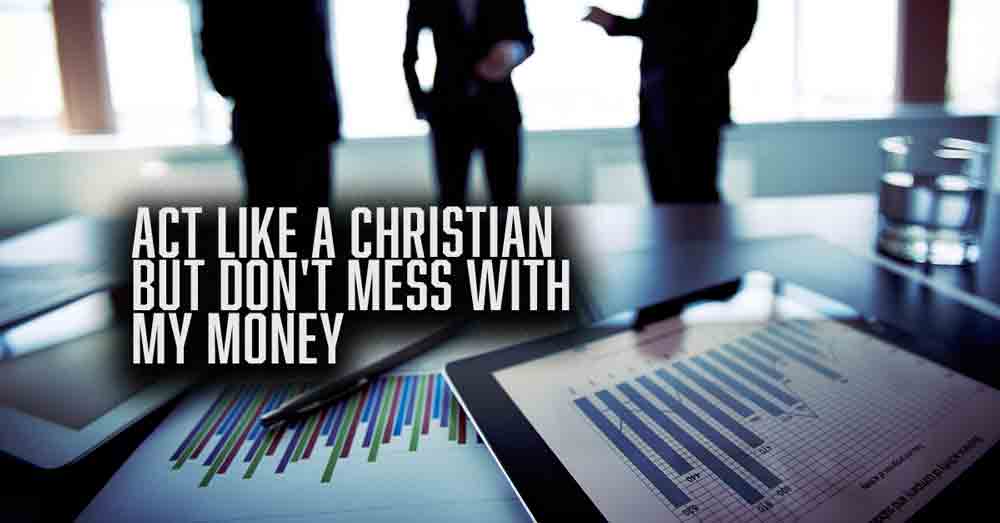