We live in a world where people are being trained to be offended. It appears we live in a time when it's nearly heroic for people to point out the offenses of another. Maybe this is because we've more recently supported social approaches that promote sensitivity, which appears to have escalated into hypersensitivity. Men need to learn the virtue of being sensitive.

However, I wonder if this has led to a culture of men who are over-sensitive in fear of being attacked?

I know some men who feel they are on the verge of being attacked for being born male. Which raises the question: have we become so fearful of offenses and offending others that we have lost our offense?

Let me be clear; there's nothing masculine or Godly about being offensive in what we say or how we say it. Sexual innuendos, lude joking, perverse gestures, or even a “hint” of an immoral action is not appropriate or honoring for a man of God. However, this does not mean we need to forgo some offense. By offense, I mean “taking assertive and positive action.” Offensive action is when we develop an organized and forceful campaign to achieve something. In this culture of growing oversensitivity, too many men give way to fear that perpetuates more fear. It’s a fear of taking action due to concern about hypersensitive responses. This concern can result in living life overly cautious, hesitant, and indifferent because of undercurrents and trends that have endorsed and reward a culture of fear and passivity. Resultantly, we end up training ourselves to respond defensively or not at all. This defensive strategy leads to tragic results in a man’s life when it continues for too long or when we fail to act offensively. In addition, when emotions like guilt and shame reinforce our inaction, we remain enslaved to non-action. In the Bible, we see tragic examples of this repeatedly; men who were defensively inactive when they should have been on the actively offensive.

Son, never miss an opportunity for greatness by being overly cautious or supporting any system that does. Sometimes you need some offensive—in word and deed. But do not fail to be sensitive, as every situation does not dictate offensive responses.

My quick list below is a compilation of two things with each point. First, there are activities that you should stop doing that prevent offensive action. Second, you must assume a corresponding movement that is appropriately offensive. I have made mistakes in these areas along the way, and in some other areas, I still make mistakes. Think of this list as being similar to offensive strikes in a sport. They are strategies for bringing the ball forward that move us from being defensive to being optimistically offensive.

My goal is for you to be a greater man than I. If you take action, even with a handful of these suggestions, you should experience tremendous results in your life.

ONE | Reconciliation
Stop giving excuses for the times that you have harmed others with your words or actions; be offensive, and seek forgiveness from others. On numerous occasions, I have failed to reconcile relational issues. Explaining, blaming, and deflecting are defensive strategies. They are not offensive. However, reconciliation is an offensive move.

TWO | Sin
Stop hiding sin. Be offensive by taking action that diminishes the power of sin. Confession, repentance, and accountability work against our desire to protect wrongdoing; rather, they bring it into the open. There are sins that I embraced for too long because I chose to conceal them.

THREE | Leadership
Stop waiting for your leadership moment; it may not come. Choose to be on the offensive and seize the leadership moments before you. There is always a leadership void waiting to be filled. I have made the mistake of thinking that I needed to be invited to a leadership table to be a leader, and this faulty thinking. Influence is leadership, and you have opportunities for influence right in front of you, right now—lead into them.

FOUR | Speaking Up
Stop being quiet when you see injustice. Be offensive and discover the power of speaking the truth in love. I have made the mistake of turning a blind eye to injustices happening right before me. While their action was wrong, my inaction was worse.

FIVE | Transparency
Stop repressing your feelings, passion, and ideas; this can turn into aggression or depression. Be offensive by being appropriately transparent. Keeping your feelings to yourself will stunt your emotional growth and delay your relational maturity.

SIX | Opportunity
Stop complaining about not getting opportunities. Be offensive and create an opportunity where there is none. I have made this mistake, and it causes us to embrace a victim mentality.

SEVEN | Saying Yes
Stop saying “no”; be offensive and say “yes” to more new opportunities. I have missed a few fun opportunities because of this.

EIGHT | Saying No
Stop saying “yes” to everything, be offensive and say “no” to the right things. Make a good decision against yourself. I have said yes to way too many things and found out I could not keep all of the commitments.

NINE | Persistence
Stop wussing out, when something is hard, be offensive by being persistent than others. I have found much of life is learning to be committed longer than others.

TEN | Asking For Help
Stop aimlessness. When you don’t know something, be offensive, and ask for help. Men make the mistake of living in hidden ignorance because they arrogantly refuse to invite help.

ELEVEN | Women
Stop waiting for the right girl to approach you, be offensive, and approach her. Women like offensively minded men. That’s how your mom and I met. She made a snarky remark to men, and I thought it was attractive, so I turned on the offensive.

TWELVE | Spiritual Habits
Stop believing spiritual maturity happens by accident, be offensive, and build discipline now. Regular prayer, bible reading, worship, and journaling are good habits that will pay off for you down the road. I wish I would have built healthier spiritual habits earlier in my life.

THIRTEEN | Character Flaws
Stop letting that one character problem hold you back; be offensive, and manage your character issues. It takes a while to learn how to handle them effectively. If you start now, it’ll benefit your relationships with respect to play, school, work, dating, marriage, and family. I have made the mistake of maintaining the same character flaw because I never learned how to manage it effectively. This required a lot of reconciliation along the way. Therefore, defeat the need for excessive reconciliation with offensive character adjustments.

FOURTEEN | Vulnerabilities
When are you most vulnerable, be offensive. Cancel that appointment, subscription, event, or meeting. I have made the mistake of staying committed to harmful patterns and destructive relationships for too long. If it makes you vulnerable to sin, act quickly.

FIFTEEN | Accountability
Stop avoiding accountability. Be offensive by inviting other great men into your life who will drive you to be better. The longer you wait to develop these relationships, the further behind you will be in your development as a man and man of God. Men need brothers; never forget this.

In the end, life is not a spectator sport. It also is not intended to be only played defensively. We must engage as men. Be offensive. 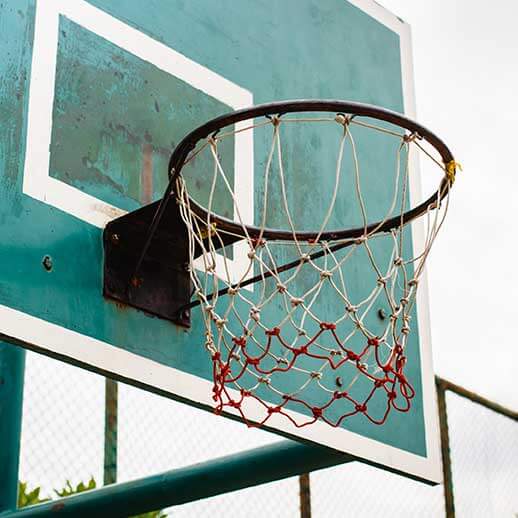