Becoming A Father of Influence

Becoming A Father of Influence

“It is easier to build strong children than to repair broken men.” —Frederick Douglass

Children Need Fathers
Children need a male influence in the home. And by influence, we do not mean just an occasional appearance, or a buddy dad, but a deliberate father. While presence is a part of fathering, and sometimes children need a friend who will listen, fathering is something intentional that requires a lifetime of commitment. It doesn't happen by accident even though we may have felt accidentally thrust into it. And so, fathering requires some strategery. It's a decision and commitment and here are three approaches.

One | The Producer Dad
This is the father who is always doing something. It's usually at work or home because he values provision and is very committed to it. Provision for his family is his principal purpose but sometimes to the exclusion of providing the one thing his family needs most - relationship. Unfortunately, he can work himself to death to provide food, finance, and fun for his family. Sometimes he's so consumed with producing he appears distant and preoccupied, and in his mind, it's for a good reason. Driven by a deep desire to succeed, children perceive this fathering approach as "present but absent." Often they assume their spouse and children know they care but in a way that lacks a necessary component. This can leave the family emotionally disconnected to their husband and father in spite of his drive.

Two | The Buddy Dad
The second type of father is the buddy dad. They're men who are perpetually present at dance recitals and football games and appear to live vicariously through the life and accomplishments of their children. They want to more "be a bud" to the exclusion of parenting their children. They may feel that it's the best way to relate to their children and will support them by being like them. So when their kids' friends are over they act like them, play like them, and joke like them. And while there's nothing wrong with being jovial, acting juvenile to connect is not also being a father. Many of these fathers exclusively resort to this because they're more comfortable or familiar with the approach and lack the understanding of how to lead as a father. In the end, this leaves your spouse and children wanting for more. It may be popular for the moment, but it fails to produce dividends as your children have children of their own. And the cycle of buddying up to your children is repeated by the next generation. Remember, what you win them with is what you win them to.

Three | The Deliberate Dad
And then finally, there is a model that is best. It's the father that is a producer (within limits), and a bud (also within limits), but that's also deliberate. He's observant and aware of what's going on in a child's life. He may seem a little invasion at times, but it's not to find out just what they are doing wrong - but doing right. Deliberate dads want to know how their children are handling challenges, selecting friends, building relationships, setting goals, and traversing spiritual difficulties they are encountering. All of these things are important for you to know to be able to coach them effectively. It's you finding ways to be deliberate, and not deliberately annoying, but consciously connected and deliberately directive. This is the intentional father. He's not just reactive in traumatic events that become teachable moments but seeks proactive opportunities to lead and direct. And this requires engagement, forethought, and planning which is work - some of the most important work we will do for about 20 critical years. And from child to child this requires situational engagement that is specific to them that will woo them into successful independence and adulthood. 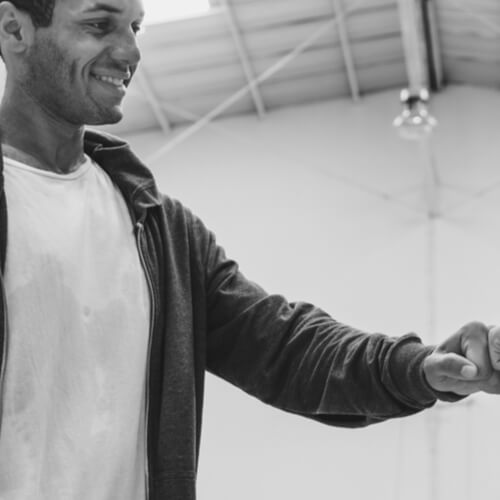