Building A Case Against Your Spouse

Building A Case Against Your Spouse

"Do not be conformed to this world, but be transformed by the renewal of your mind." — Romans 12:2

One of the great pivot points in any marriage is that moment you learn how to stop privately building a case against your wife. Most men will admit that they have a negative sentiment or a privately held cynical belief about their wife. And these don't just pop up overnight but over long periods. What happens is somewhat human, but also dangerous and sinful in a marriage. First, there is some event or a series of events that catalyze into a noticeable negative pattern we don't like. Because of this, we construct a negative opinion of our spouse. Second, to continue building that case, we begin to view them only through this belief and thus interpret unrelated events, comments, or actions as evidence for our positions. We might even think to ourselves when we see evidence, “there it is again.” Third, and this is the haymaker, we reinforce these beliefs and pieces of evidence with powerful negative emotions that support the case we've built. Often these beliefs and portions of evidence arise right in the middle of a heated argument when we've felt hurt or disrespected which is emotional reinforcement for our preconceived notions. and what happens seers a negative belief, with supporting evidence, with a powerful emotional event deep into our heart, mind, and soul. And this is building a case against our spouse.

How to Deconstruct the Case We Have Built

One | Become aware, you're building the biases
Let’s say you hit a point in your marriage where you start to believe that your wife doesn’t value your opinion. And then to reinforce it, anytime she decided to do something without consulting you, you begin to interpret all those events as evidence for that belief, even when they didn't. Over time you can imagine that your feelings and attitudes toward her will develop a false construct about her. This is cancerous to a marital relationship, and counselors call this confirmation bias.

Many men, and women for that matter, never realize they are constructing these. Then they get years into marriage and now struggle to deal with issues in their relationship because they've built such a massive case against their spouse. Deconstructing it becomes concentrated work because they can only see them through one lens. And many give up because the task of untangling this predicament requires a lot of work, and this is a fatal blow to a marriage.

To deconstruct the case you've built, you must develop self-awareness. The critical decision is deciding to be aware of what you’re constructing. Choosing to say to yourself in moments the negative belief appears, “I'm going to give my spouse the benefit of the doubt.” This alone can be ground-breaking self-talk. It will help start the deconstruction process and build momentum in a new direction. It’s choosing to interpret events, comments, and actions as having some other reason and purpose besides what you want to believe intuitively. It stops the justification process.

Two | Signaling with inflammatory words or thoughts
Sometimes when we get baited into building a bias, we use inflammatory language or self-talk like “you always” or “you never.” First, “you” is never a great pronoun to use in a heated argument as it's pointed and shaming. Pronouns like “I” or “me” are much better and focus on your feelings rather than their issues. Second, words like “always” or “never” are almost always or never accurate. I think it’s in our sinful nature to use inflammatory language like this, but it’s not helpful. Instead, it’s proof that we’ve built a case rather than given them the benefit of the doubt. And there's your signal. It's the language you think or use that should signal something is off. So when this language arises, use it as a warning signal and begin to pivot your words, thoughts, and action in a new direction. Romans 12:2 reads, “Do not be conformed to this world, but be transformed by the renewal of your mind.” I think this applies well to how we think about and worship God, but it has some application in our relationship with our spouse as well. Our inflammatory words and thoughts can be renewed by viewing my wife as she is -  the image of God not my enemy.

Three | Kill negative sound bites and build positive ones
Finally, it might be helpful to write out those negative thoughts and statements you have about your spouse that reinforce the case you've built against her. For example, let's say you’re hanging out with your buddies babbling about your respective spouse's. Then suddenly the conversation turns negative - what have you instinctively said? "She spends too much; she's nagging; she's angry all the time; she’s emotionally needy." These might be indications of what you believe, after all, you wouldn't say if in some way you didn't believe it. It might be time to write them out, not so you can remember them, but so you can look back objectively on what you think and consider the harm you're inflicting on the person you love. And as you write it out, list the supporting evidence and kill it. And then renew your mind by considering how God views her. She is "excellent, precious, good, strong, open-handed, loving, caring, blessed, charming, fruitful," and more. (Proverbs 31). Begin thinking and speaking of her to your family and others in an honoring way. Even write it down and repeat them. It's an exercise in gratitude that has the power to help you view her in new ways and build an image and identity of her that might be self-fulfilling. So write down all the things you love about your wife and begin changing and renewing your mind, and maybe hers as well. 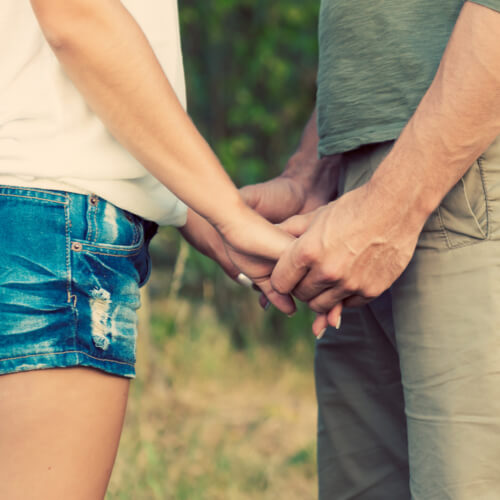