The Battle Against Cultural Indoctrination

The Battle Against Cultural Indoctrination

Then the king commanded Ashpenaz, his chief eunuch, to bring some of the people of Israel, both of the royal family and of the nobility, youths without blemish, of good appearance and skillful in all wisdom, endowed with knowledge, understanding learning, and competent to stand in the king's palace, and to teach them the literature and language of the Chaldeans. The king assigned them a daily portion of the food that the king ate, and of the wine that he drank. They were to be educated for three years, and at the end of that time they were to stand before the king. — Daniel 1:3-5

So here we meet Ashpenaz. He is the lead official of the royal household. There are two things we learn about him. First, he is a eunuch, which means he has been castrated. Let's be clear about what this means — only his testicles have been removed. There are all kinds of reasons why this was done to men. It served to protect the royal court, primarily because they served in a house where they were in the presence of many women, like the queen, maidservants, concubines, and daughters of the king. Second, he is tasked with choosing the best and brightest of Israel to bring into the city of Babylonia. And notice the list of pre-qualifiers.

Basically, Nebuchadnezzar wants the best and brightest in his utopia. But notice what he does next. He indoctrinates them. He is going to reeducate Israel's best and brightest. So over three years, he will give them the "royal privilege" of learning about Babylonian history, culture, and practices in hopes that their understanding might turn them into sympathizers. This is not free education. It's indoctrination by force where they cannot critically challenge the king and his "generosity or education." The plan is to successfully assimilate captive Israelites that will persuade the rest of God's people.

There is a degree of what is happening here that is happening in our time. We have a few powerful entities that control the narrative, and by design they are always attempting to indoctrinate us. And let's be direct about who is doing this. Its political powers, social media enterprises, large corporations, and media companies that have platforms and power to do these kinds of things. And they will do it and become more emboldened. And they will go after the young and teachable just like Nebuchadnezzar did here.

Gentlemen, this is why we have to stay close to God's Word, especially in these seasons of increased propaganda. We have to get our minds, hearts, and souls into the Word of God. It's the only book that has the truth. As the writer of Hebrews states:

For the word of God is living and active, sharper than any two-edged sword, piercing to the division of soul and of spirit, of joints and of marrow, and discerning the thoughts and intentions of the heart. — Hebrews 4:12

Thanks for investing time with me and God's Word today. I hope it makes you a sharper, more discerning, and intentional man of God.

ASK THIS: Are you letting God's Word define the truth?

PRAY THIS: God, fill my mind with your truth.

PLAY THIS:  Famous One | Jeremy Riddle. 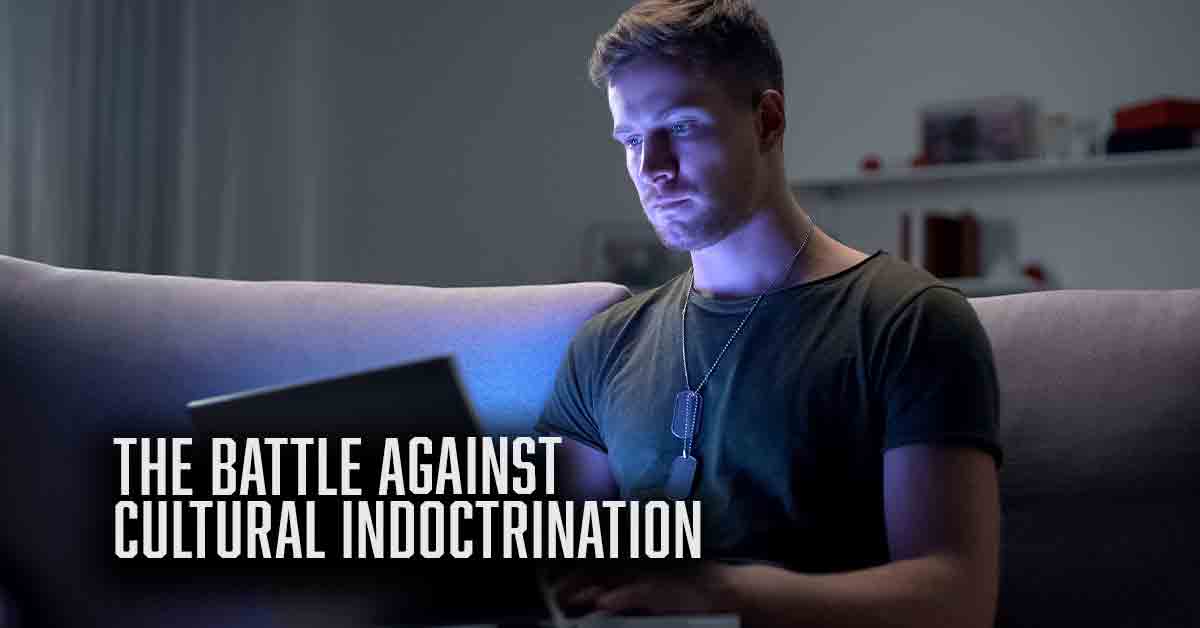 12 thoughts on “The Battle Against Cultural Indoctrination”