12 Whoever loves discipline loves knowledge,
but he who hates reproof is stupid.
2 A good man obtains favor from the Lord,
but a man of evil devices he condemns.
3 No one is established by wickedness,
but the root of the righteous will never be moved.
4 An excellent wife is the crown of her husband,
but she who brings shame is like rottenness in his bones.
5 The thoughts of the righteous are just;
the counsels of the wicked are deceitful.
6 The words of the wicked lie in wait for blood,
but the mouth of the upright delivers them.
7 The wicked are overthrown and are no more,
but the house of the righteous will stand.
8 A man is commended according to his good sense,
but one of twisted mind is despised.
9 Better to be lowly and have a servant
than to play the great man and lack bread.
10 Whoever is righteous has regard for the life of his beast,
but the mercy of the wicked is cruel.
11 Whoever works his land will have plenty of bread,
but he who follows worthless pursuits lacks sense.
12 Whoever is wicked covets the spoil of evildoers,
but the root of the righteous bears fruit.
13 An evil man is ensnared by the transgression of his lips,
but the righteous escapes from trouble.
14 From the fruit of his mouth a man is satisfied with good,
and the work of a man's hand comes back to him.
15 The way of a fool is right in his own eyes,
but a wise man listens to advice.
16 The vexation of a fool is known at once,
but the prudent ignores an insult.
17 Whoever speaks the truth gives honest evidence,
but a false witness utters deceit.
18 There is one whose rash words are like sword thrusts,
but the tongue of the wise brings healing.
19 Truthful lips endure forever,
but a lying tongue is but for a moment.
20 Deceit is in the heart of those who devise evil,
but those who plan peace have joy.
21 No ill befalls the righteous,
but the wicked are filled with trouble.
22 Lying lips are an abomination to the Lord,
but those who act faithfully are his delight.
23 A prudent man conceals knowledge,
but the heart of fools proclaims folly.
24 The hand of the diligent will rule,
while the slothful will be put to forced labor.
25 Anxiety in a man's heart weighs him down,
but a good word makes him glad.
26 One who is righteous is a guide to his neighbor,
but the way of the wicked leads them astray.
27 Whoever is slothful will not roast his game,
but the diligent man will get precious wealth.
28 In the path of righteousness is life,
and in its pathway there is no death.

Gentlemen it is week three and day nineteen.

Today we want to focus on setting up the next meeting and eventually finding an opportunity to drop in prayer and scripture into our time. We talked about prayer and scripture and of course, these are private disciplines. Which some point we need to go public with them. In the best place to go public with them and is with another trusted brother. I want to encourage you to pray within the context of the relationship with the friend that you’re meeting with. It’s better to do it earlier than later in the relationship because if you put an offer too long you won’t ever get around to doing it. Pierce through the awkwardness of it lean into it and just offering short prayer as a first step in the relationship.

The hand of the diligent will rule,
while the slothful will be put to forced labor.—Proverbs 12:24

As you mature, you realize there is something about hardworking people. There is wisdom for us to learn from their diligence. They understand that eventually, they will win, not because they're smarter or more gifted than others, but instead, they are a little more diligent than others.

So are you about to quit? Have you hit your wit's end on a challenge or relationship?

If so, pray to God for strength but be diligent and don't become slothful. You have no idea what one more day of diligence might teach you—and the payout is great.

PRAY THIS: God, I want to quit on this [insert the thing you wrote down] because [insert your reason] but give me the strength of your Spirit to carry on. 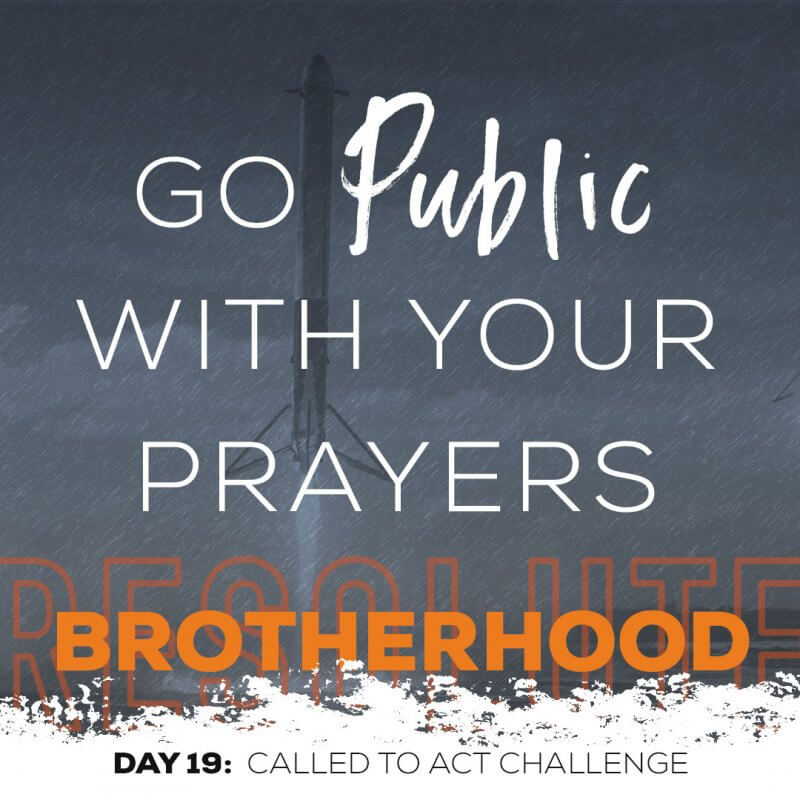