15 A gentle answer turns away wrath,
but a harsh word stirs up anger.

2 The tongue of the wise adorns knowledge,
but the mouth of the fool gushes folly.

3 The eyes of the Lord are everywhere,
keeping watch on the wicked and the good.

4 The soothing tongue is a tree of life,
but a perverse tongue crushes the spirit.

5 A fool spurns a parent’s discipline,
but whoever heeds correction shows prudence.

6 The house of the righteous contains great treasure,
but the income of the wicked brings ruin.

7 The lips of the wise spread knowledge,
but the hearts of fools are not upright.

8 The Lord detests the sacrifice of the wicked,
but the prayer of the upright pleases him.

9 The Lord detests the way of the wicked,
but he loves those who pursue righteousness.

10 Stern discipline awaits anyone who leaves the path;
the one who hates correction will die.

11 Death and Destruction lie open before the Lord—
how much more do human hearts!

12 Mockers resent correction,
so they avoid the wise.

13 A happy heart makes the face cheerful,
but heartache crushes the spirit.

14 The discerning heart seeks knowledge,
but the mouth of a fool feeds on folly.

15 All the days of the oppressed are wretched,
but the cheerful heart has a continual feast.

16 Better a little with the fear of the Lord
than great wealth with turmoil.

17 Better a small serving of vegetables with love
than a fattened calf with hatred.

18 A hot-tempered person stirs up conflict,
but the one who is patient calms a quarrel.

19 The way of the sluggard is blocked with thorns,
but the path of the upright is a highway.

20 A wise son brings joy to his father,
but a foolish man despises his mother.

21 Folly brings joy to one who has no sense,
but whoever has understanding keeps a straight course.

22 Plans fail for lack of counsel,
but with many advisers they succeed.

23 A person finds joy in giving an apt reply—
and how good is a timely word!

24 The path of life leads upward for the prudent
to keep them from going down to the realm of the dead.

25 The Lord tears down the house of the proud,
but he sets the widow’s boundary stones in place.

26 The Lord detests the thoughts of the wicked,
but gracious words are pure in his sight.

27 The greedy bring ruin to their households,
but the one who hates bribes will live.

28 The heart of the righteous weighs its answers,
but the mouth of the wicked gushes evil.

29 The Lord is far from the wicked,
but he hears the prayer of the righteous.

30 Light in a messenger’s eyes brings joy to the heart,
and good news gives health to the bones.

31 Whoever heeds life-giving correction
will be at home among the wise.

32 Those who disregard discipline despise themselves,
but the one who heeds correction gains understanding.

33 Wisdom’s instruction is to fear the Lord,
and humility comes before honor.

I don’t know if you know this or not, but accountability’s inevitable. It’s one of those life principles you cannot avoid: You either pay now or pay later for it. It cannot be avoided, even though many men think they can. Many things in life play by this rule. Accountability and discipline are two, and we are attempting to be proactive with both.

God is all about accountability. For him to be the truth and truthful, he must be the O.G. of accountability. In fact, from the first pages of the Bible to the last pages, he calls all men to account for what they have done. So, if you think you can avoid accountability, you are wrong. The real choice is either pay now or pay later. It’s to be proactive or be reactive to it. It’s the choice to self-impose or allow others to impose the pain your avoiding. And I think self-imposing a little pain is much more enjoyable processing and helps us avoid unnecessary pain.

So this week we are going to learn to D.O. Accountability. If you haven’t caught on yet, this must stand for something. Hmmm. I wonder what this D.O. stands for? Well, we’ll discover this together. Just plan on seeking out accountability by the end of the week.

A hot-tempered man stirs up strife,
but he who is slow to anger quiets contention.—Proverbs 15:18

We cannot deny we all have moments of anger. Yesterday I witnessed multiple accounts of anger throughout my day. I saw a parent shouting at their teen, two adults arguing while driving down the road, a woman at a customer service desk infuriated about service, and then listened to a friend who was enraged about a situation at work. This verse is clear; anger brews inside us all. Like a crockpot coming to a boil, we each have a speed by which this happens—some get hot fast, and some get hot slow. Yet only you know your rate of boil and the triggers that accelerate the boil. Therefore, give pause to the triggers that make you "hot" and learn to moderate because unmoderated anger only stirs up strife.

DO THIS: Write down one thing that triggered your anger yesterday. Identify the trigger and moderate it today.

PRAY THIS: God, help me to moderate what triggers my anger before I become a hot-tempered man. 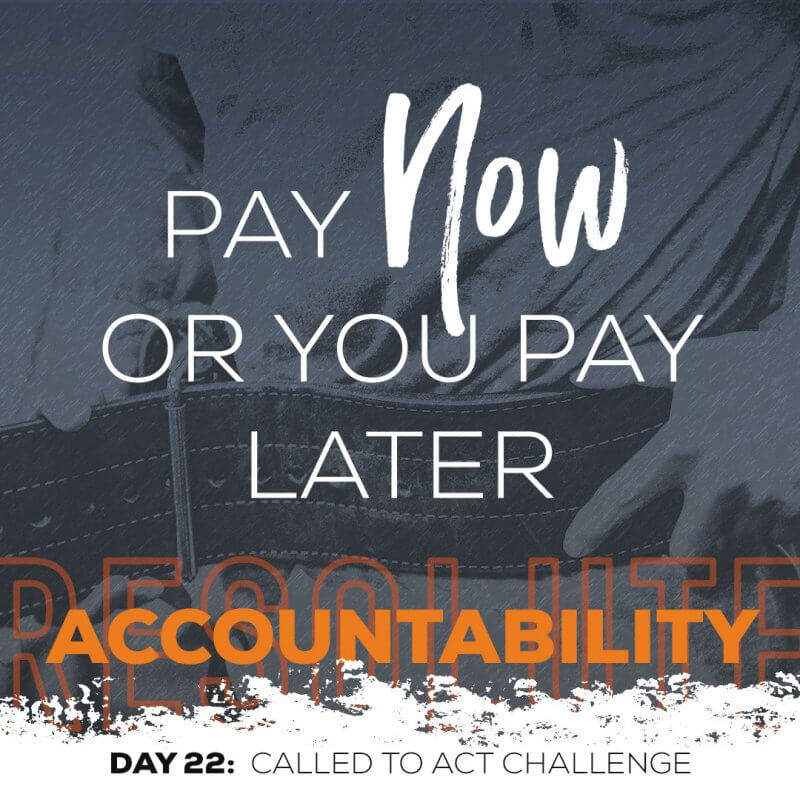