"We need discernment in what we see and what we hear and what we believe."—Charles Swindoll

"And it is my prayer that your love may abound more and more, with knowledge and all discernment, so that you may approve what is excellent, and so be pure and blameless for the day of Christ."—Philippians 1:9-10

Take a discernment test
Take a few minutes and read over the following statements. For each statement, consider if the statement is "true" or "false."

How many statements did you identify as true and how many as false? The reality is that every one of these ten statements is false. Not even one of them is bears any truth. But do you know how to spot actual evidence versus those that are fake?

How to spot the truth

First | Learn to the genuine article
All of us grow up believing something—correct or not. As humans, we are a believing being after all. At first, we blindly believe, merely accepting what we are taught as children. Over time, as we physically age and intellectually mature, the data we take in grows and the thoughts we have about life, work, and faith gain independence from our family of origin. At this point, we form personal judgments about the world. Over a lifetime, we construct large clusters of these beliefs, images, and ideas called a belief system or worldview. Unless you are aware of what is the truth and what is not, you can form entire systems of belief around wrong ideas (untruths) that others attempt to perpetuate. Many become blind to these accepted untruths and form biases that sometimes go unchallenged due to emotional attachments to them.

Consider for a moment how the Federal Bureau of Investigation prepares people to spot counterfeit currency. As they train one to have an eye for fakes, they do not exclusively show them counterfeit bills. In fact, they primarily show them authentic currency and train them to spot the characteristics of the real thing—not fakes. As they become increasingly intimate with the genuine product, they know when they spot an ingenuine product.

The same is true when it comes to your faith. When you read or hear something that is not true, like the statements above, there ought to be some recognition or even concern that what is being communicated might contain a falsehood or a manipulated truth. However, you will only notice this if you are a student of the genuine product. Notice what the apostle Paul says to his protégé Timothy.

"But as for you, continue in what you have learned and have become convinced of, because you know those from whom you learned it, and how from infancy you have known the Holy Scriptures, which are able to make you wise for salvation through faith in Christ Jesus. All Scripture is God-breathed and is useful for teaching, rebuking, correcting, and training in righteousness, so that the servant of God may be thoroughly equipped for every good work."—2 Timothy 3:14-17

As Paul suggests, the better we know the genuine article—scriptural truth—the better we know God himself and his salvation. As we get to know what God's says, we will also know when we are being sold a "fake bill" of goods. When we start a relationship with God, regardless of our physical age, we are turning our lives and futures over to Him and his way. It only makes sense that we consistently discover what God has to say and allow His truth to teach, rebuke, correct, and train us in His righteousness. We then need to not only accept these beliefs but to be able to explain these truths in sensible ways to those around us whose information about God is far from reality. We need to know the truth, live it, and explain it. That starts with becoming a student of His book—The Bible.

Second | Trust credible historical evidence
Christians who study the ancient proof supportive of Christianity are continually amazed at what they find. One distinctive of our faith is that it is rooted in history with real people, real situations, real places, and actual events. This is not a faith based on myths constructed in the distant past, but concrete evidence based in a reasonable faith rooted in history—not fake news. Consider the following:

Some don't like the fact that the historical record is accurate, so they refuse to believe it and find every evidence possible that points to disproving its credibility and reliability. Ironically, a good historian generally believes what they observe from ancient sources unless they can find evidence that proves it to be false. This alone is an insightful twist, and thus, it becomes all the more important for believers to know the reasons for Christianity's reliability. Because you will eventually be challenged, and we ought to know the best evidence and answers. Or at minimum, be given a chance to find them.

Third | Read and strengthen your apology
Wikipedia defines apologetics this way: "Apologetics (from Greek, "speaking in defense") is the religious discipline of defending religious doctrines through systematic argumentation and discourse. Early Christian writers (c. 120–220) who defended their beliefs against critics and recommended their faith to outsiders were called Christian apologists." As Christ followers, we ought to be able to defend our faith and have a reasoned discussion with others. Here are some book that may help you begin your journey 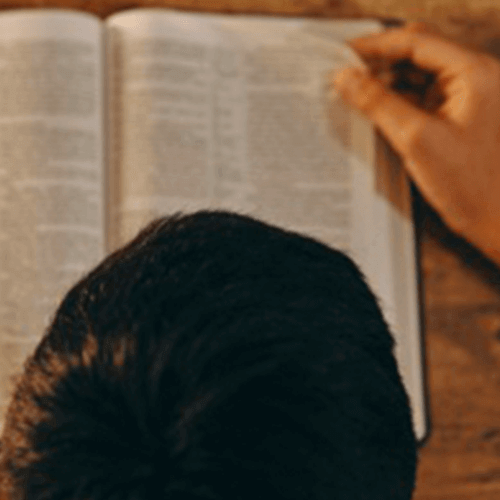