"Many think that Christianity is you doing all the righteous things you hate and avoiding all the wicked things you love in order to go to Heaven. No, that's a lost man with religion. A Christian is a person whose heart has been changed; they have new affections."—Paul Washer

When Jesus had received the sour wine, he said, "It is finished," and he bowed his head and gave up his spirit.—John 19:30

Are You Exhausted From Doing?
"Doing religion" is not the same as following Christ. That's a significant misunderstanding that some have about Christianity in comparison to other world religions. In a nutshell, it's the difference between "doing" and "done." Here's what I mean: Religious approaches to faith are more about grading yourself against a long checklist of do's and don'ts. How do you measure up? Are you more good than bad? Have you earned enough of God's approval to merit entrance into heaven?

The problem is that you never know when you've done enough. Perfection seems out of reach, so what goal, quota, or performance metric must you achieve to maintain an acceptable record? Now that sounds exhausting.

The Christian life, however, is not reduced to a simple list of do's and don'ts. It's far more about what God has done for us rather than what we have done for God. Not only did He dwell among us as an example of the perfect human being, living the perfect life that we could never live, but He also died on the cross to pay for all of the sins we've ever committed, or ever will. And then He rose again, conquering death once and for all. It's done, complete, and finished. He accomplished the goal, quota, and metric—and we are recipients of His grace.

So live life well. Do good by all means, but not to earn favor with God. Instead, let your motivation be born of what's done—what he has done—and live each day like the winner you are.

One | You Can't Do Enough
We live in a broken world. No one is perfect—we're all sinful. Keeping this in mind is essential—not to shame us, but rather to keep us humble. If achieving a passing grade on a checklist of do's and don'ts was all it took, there would have been no need for Christ. This is one of the harder lessons to learn in life because it means we must come to the end of ourselves. It means we don't have all the answers, and admitting that to ourselves and others is hard. We want to be self-reliant people. But it's this self-reliance that gets us into trouble. We tend not to want anyone else's help. We want to achieve and accomplish. We want the accolades. But this is not God's plan for us.

Two | Grace Alone Saves
God's grace is a significant distinction between Christianity and other faiths. Defined, "grace" means "unearned favor." God extends His grace to us in our brokenness because we cannot DO enough for Him. It's like trying to squeeze blood from a turnip. We are entirely reliant on God's grace because His standard is perfection. There's no way we could ever meet such a lofty goal, quota, or metric on our own.

Three | The Motive Is Love
Our motivation for "doing" is not to try to earn God's favor, but rather to demonstrate our love for Him and our gratitude for what He has done for us. The difference may seem subtle, but the outcomes are miles apart. It's the difference between exhaustion and freedom. Living the Christian life motivated by love for God and the grace, He grants us leads to joy and changed behaviors that bring Him glory. But this is radically different from trying to earn God's favor and feeling exhausted every day because we never measure up.

God is our champion. His grace never ceases, no matter how often we stumble and fail. And don't forget that His Holy Spirit is our helper – our source of strength and encouragement when we can't possibly muster enough by ourselves. It gives a whole new meaning to "just do it," right? 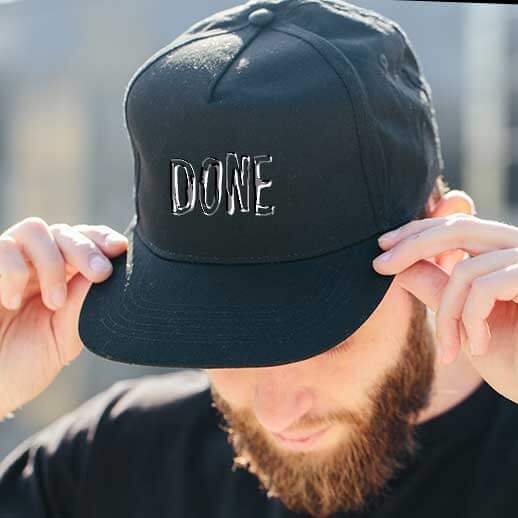