So he went in and out among them at Jerusalem, preaching boldly in the name of the Lord. And he spoke and disputed against the Hellenists. But they were seeking to kill him. And when the brothers learned this, they brought him down to Caesarea and sent him off to Tarsus. — Acts 9:28-30

So in the book of Acts, this is the last time we will hear from Saul. The next time we encounter this man will be in Acts 13, and by this time, he will go by the name Paul the Apostle.

I especially want you to notice what Saul is doing and how he is doing it. Before Christ, Saul was a Pharisee, which aligned him with a more conservative group of Jews called Hebraic Jews. This group strived to protect their national identity by following the Hebrew Law more closely and distancing themselves from the culture. But in the New Testament, Jesus frequently addresses their legalism and hypocrisy.

There was also another group of Jews call Hellenistic Jews. Hellenism is a term used to describe the influence of Greek culture on the people during New Testament times. Most of the Roman empire was influenced by Greek culture. And there were several ways Hellenism influenced the culture. For example, the Aramaic language was a Greek language that most people spoke across the Roman empire. The Septuagint, a Greek version of the Hebrew Bible, was written and widely distributed during this time. And eventually, there were several other things Hellenism slowly influenced, including Hebrew theology, law, and religious practices. Thus, during the New Testament times, we see Gnosticism, Polytheism, and Stoicism growing in influence. Even Saul eventually takes a Greek name — Paul. And so, we learn that culture has a slow and progressive impact on our beliefs, communication, and behavior.

Thus what we see Saul doing here is "disputing" some of these issues as an educated Jewish believer in Jesus Christ. And guess what, there is also a Greek or Hellenistic word we use to describe what Saul is doing — apologetics. This word means to explain the reason for our belief. And Paul is going to become a monster apologist for the faith.

Gentlemen, we live in an age where we are going to need more men like this. Men who are transformed by the faith, educated in the faith, bravely speaking out in faith, can give a reasonable apologetic for the faith. And in the coming years, as popular culture speeds up and continues to have an impact on the world, our country, corporations, churches, and homes, we will need men who will speak out. It may even cost us our name. But don't worry, God will give you a new name — just like he did Saul. And in the coming chapters, we will see the impact that this brave, bold apologist has on the world forever. This could be you.

ASK THIS: Are you willing to sacrifice your name for Jesus's name and thus take on a new name? (Share below)

DO THIS: Consider what's holding you back and share this below.

PRAY THIS: God, I pray for less of me and more of you. May your name be great in my thoughts, feelings, and actions today. 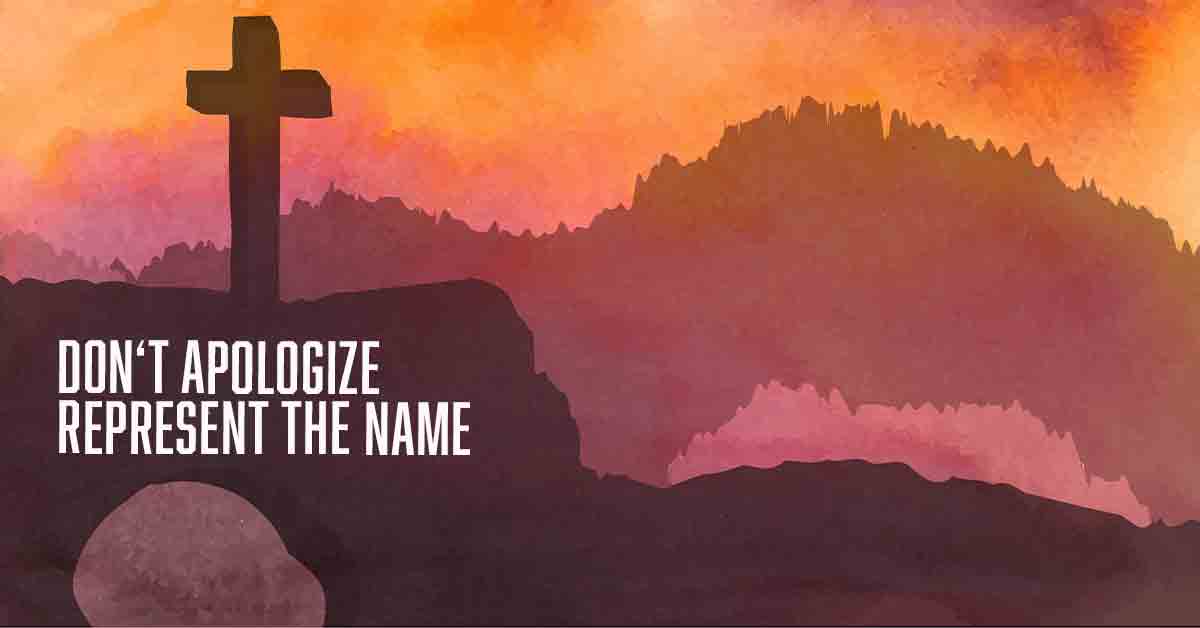