If you are asking why then you are not alone. In times of needed justice, what counteracts the injustice?

The suffering of often innocent people, and it can be destructive to my wife, to my family, and to others. Even worse, it can be damaging for generations depending on the egregiousness of the sin.

But there is something that works against this cycle. And believe it or not, it's violent. It's violent. It's a single act of violence that has the potential to unravel escalating violence, and Jesus preached it. In fact, it was the first word Jesus ever preached. And I believe that he alone could preach this single word because he could speak it from a position of complete sinlessness and perfect justice. Here it is.

From that time Jesus began to preach, saying, "Repent, for the kingdom of heaven is at hand."—Matthew 4:17

I think it appropriate to think of repentance as an act of violence against the sinful self. So what's repentance? I know it's a little bit of a strange word. Repentance is to experience genuine sorrow, not sorrow for getting caught, and then making a behavioral change never to go back again. (Let me say that again). But to do it, we have to get violent with our selfish desire. Not violent with others. Not violent with property. Violent with ourselves. Unfortunately, many don't know how to do this, and therefore they harbor brewing sin and unholy desires that are divisive and selfish. Even worse they will stand in the presence of sin and injustice and hesitate because they have not seen it brewing. And I believe repentance has the potential to halt the process of sin before it becomes tragic.

But again it must be (one) genuinely sorrowful and (two) include behavioral change. But I would add a third caveat. And that's this; repentance should also be specific and not just general. It should be specific. It should be specifically directed not only at the sinful motives but also publically acknowledge the suffering we have caused others. Repentance shows a willingness to accept the retribution we deserve.

Now let's get to the situation at hand.

I believe the Unjust Killing of George Floyd will be understood as a parable against the sin of this generation. And I believe that in the coming weeks, months, and years are going to see the parable unfold. And this parable will tell a tragic story about two things. First, it tells a tragic story about the malicious sin of the human heart that leads to catastrophic suffering. And the only right response to this sin is repentance. Officer Chauvin, the officer who committed this crime against George Floyd, should repent from the confines of his cell. Repentance for the obvious glaring wrong he did to this man, to his family, and many other families. And not counterfeit repentance, but genuine sorrow for his malicious intent that led to the actions the world has witnessed. But this tragic event also tells a story about a second thing. Second, it tells a story about the injustice served when we do nothing and say nothing in the face of injustice and sin. While it's easy for us to see the sin of the one offender its often the offense of the other three officers that we simply pass over. We see it as insignificant. It's this offense that gives permission to the other offense, and it requires justice. Actually, it requires a similar justice and similar repentance. And these three officers should come forward as well and repent of the apathy that led to the escalating violence and death of this man. (Let me say that again)

If we really want to see healing across our land today, we need to get violent with our motives by repenting. Repentance for evil motives that lead to both the action and inaction that results in the suffering of others. God was clear about this.

If my people, who are called by my name, will humble themselves and pray and seek my face and turn from their wicked ways, then I will hear from heaven, and I will forgive their sin and will heal their land.—2 Chronicles 7:14

I think every pastor across the country today should dedicate a weekend service to repentance. (Let me say that again) A message that often goes unpreached. The message that Christ came preaching. And we as Christians should go first, not because we are more holy or more courageous, but because God is looking for us to go first. And I think those of you watching today should join in. We should all take one step toward repentance, but declaring something—anything—right here on this feed something you need to repent. But I praying that there will be many who will. You could simply repent using a single word, write a sentence, write a paragraph. But do me a favor, don't do this—don't do nothing. To do nothing is to be a contributor to ongoing violence and sin. 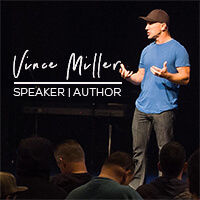