Failing as a Father

Failing as a Father

"When I was a boy of 14, my father was so ignorant I could hardly stand to have the old man around. But when I got to be 21, I was astonished at how much the old man had learned in seven years." —Mark Twain

"Fathers, do not provoke your children, lest they become discouraged." —Colossians 3:21

We've all failed
I don't know any father or husband who doesn't feel like they have failed on some or numerous occasions. This feeling of failure can cascade out of control and further prevent you from being the leader God wants you to be in the home. When we experience feelings of inadequacy, we will sometimes engage in self-shame to reinforce our initial failure. While this shaming cycle may appear to help, it's only another manifestation of indirect pride that says "I'm no good and a complete failure" rather than "I'm a redeemed man, husband, and father who has simply made another mistake." While the voice of shame wants men, husband, and fathers to ruminate perpetually in their failures, a man of God refuses to live in this state. By the power of the Spirit of God, he will instead get up and give it another go, attempting daily to live out his new and present identity in Christ—rejecting his former way of life one failure at a time. Sometimes what helps is having a strategy for those times we blow it.

One | Every father fails

While men tend to not talk about their failures much, especially with their children, we do fail. And sometimes frequently. This is because the call of being of a father is not one many men were prepared for. Most learn to be a better father through their failure. Here's what this might look like:

Over the last few days, you were probably implicit in one of these actions. That's because they are common failures. And when done perpetually they have a damaging and sometimes long-lasting impact on children. But how can we overcome the failure and the effect of the failure?

Two | Be more aware of your areas of weakness

Every man has areas of vulnerability based on their unique wiring. For some, it is impatience and anger. For others, it is not guarding their attitudes and words or difficulty in being present in the moment. And still others, consistently putting work ahead of family and marriage. A way to become more aware of those vulnerabilities is to reflect on them by journaling. Writing your thoughts down has a way of imprinting the problem and potential solutions to memory. It might also help to map out more positive outcomes than merely wasting time wallowing in regret, shame, and self-defeat. In essence, what your doing is making a plan for the next time you are faced with a similar situation. The more aware you are of your proclivities, the less likely you are to repeat the bad behaviors that are linked to them.

There are two things you need to know about the Spirit of God who lives within you. First, that the Spirit supports you in your weaknesses. And second, that he mediates with the Father on your behalf. Because the Spirit's ministry to us is to help us become more like Christ, he will remind us if we ask him to help us in our areas of weakness. By asking him each day to help you be aware of those situations where you can quickly go off the rails as a father will make a huge difference. And you will notice he will.

Your ego is your enemy. Asking forgiveness means that you have to admit to the one you wronged that you failed. Arrogance keeps us from admitting failure and is overly concerned about being interpreted as weak in your failure. Ironically, that's not how others perceive us when we ask for forgiveness. They see the courage to ask forgiveness as an act of strength and humility. An action of a father who wants to change and grow. In the egoless transaction of asking for and receiving forgiveness, relationships are healed, understanding increases, and the Spirit is overjoyed. Never underestimate the power of confession and forgiveness. Some of the great moments of fatherhood are found in the moments we seek our children's forgiveness. While this is hard, there are few actions more healing than admitting our failure to them and seeking it from God with them.

Five | Plan to be a better father

Healthy relationships, marriages, and families don't happen by accident. They happen because you're intentional. Here are the essential questions. What is your plan to grow your family as a father this year? Just as important, what is your plan to improve yourself as a father? Include with this, what goals have you set for your family and role as a father? How will you remind yourself of those goals so that they don't get lost in the busyness of life? What other men have you shared your plan with who can encourage you and pray for you? These are essential questions, and most fathers never consider them. Remember you can either live intentionally or accidentally. Don't settle for the odds of an accidental life but for the success of an intentional life—so determine a plan.

And if you have failed remember these words of Theodore Roosevelt:

"It is not the critic who counts; not the man who points out how the strong man stumbles, or where the doer of deeds could have done them better. The credit belongs to the man who is actually in the arena, whose face is marred by dust and sweat and blood; who strives valiantly; who errs, who comes short again and again, because there is no effort without error and shortcoming; but who does actually strive to do the deeds; who knows great enthusiasms, the great devotions; who spends himself in a worthy cause; who at the best knows in the end the triumph of high achievement, and who at the worst, if he fails, at least fails while daring greatly, so that his place shall never be with those cold and timid souls who neither know victory nor defeat."

Get up, dust off, get back into the fight. 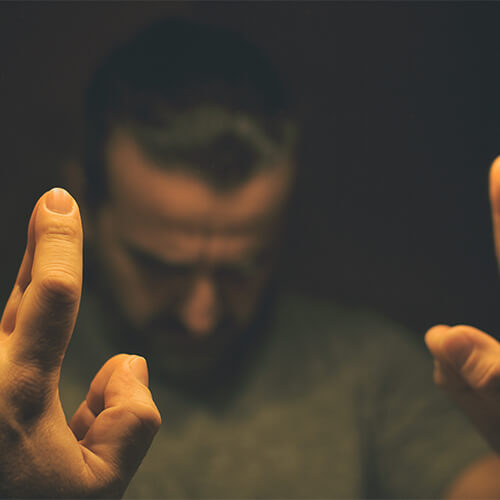