"I have fought the good fight, I have finished the race, I have kept the faith."—2 Timothy 4:7

Daniel Cormier is a well-known 39-year-old U.F.C. fighter, who holds both the light heavyweight and heavyweight titles. Stronger than ever he contends and proclaims that he will never be defeated. You have to admire his spirit. Given the fact that this is the most demanding physical competition on the planet, could you imagine being 39 and still stepping in the ring with monsters whose primary goal is to pulverize you? The apostle Paul could. He was a man who was beaten, stoned, flogged, shipwrecked, imprisoned, spit on, cursed, and rejected and yet he never stopped fighting. Paul fought an infinite fight—one of faith. And here he encouraged Timothy to "fight, finish, and keep the faith" as well. So brother, never stop fighting. Fight the infinite game. One of eternal consequence. Finish only as you lie down to take that last breath.

PRAYER: God, while some days I want to quit. Give me the strength I need today to get in the ring again. 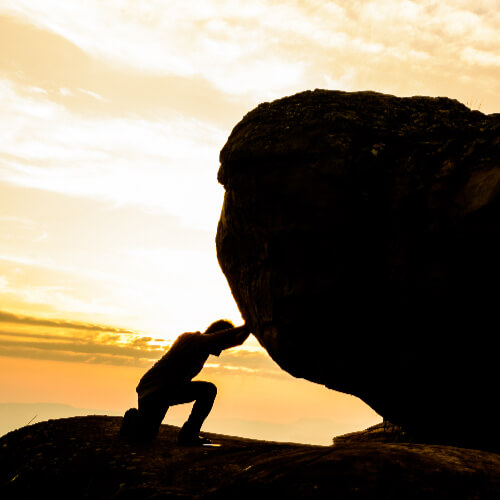