Four Things a Father Told His Son About His Future Wife

Four Things a Father Told His Son About His Future Wife

Her husband is known in the gates when he sits among the elders of the land. — Proverbs 31:23

Most of this chapter is written to a young man about finding an ideal wife. Keep in mind most of the Proverbs are written from a father's perspective. And this last chapter is no different. It feels like we get this inside look at what a father, who was a king, told his son about finding the perfect woman.

The main text of chapter 31 is verse 23, which I just read. And I know this because the Hebrew text forms a chiasm. Verse 23 lands right at the apex of the chiasm. In the text, you'll notice the subject matter focuses on the son or the future husband. This verse makes the driving point. This father wants his son to find a wife who will support his notoriety and leadership. And so, the verses that surround this text list characteristics to this end.

I love this chapter because this father does four things well:

Fellas, we need to have these conversations with our sons. I know it's not easy, and we may not always say the right things. But we should do our best to have the conversation. And you need to learn to do this by starting small. Just have a short 2-3 sentence conversation with your son today that meets him on his level.

And if you don't have a son yet, you're not even thinking about getting married, or you don't have a father around, read Proverbs 31:10-31. It's good reading. And I think it determines a pretty good target. It's a P-31 wife.

ASK THIS: Are you talking with your son about things that matter?

DO THIS: Have a conversation with your son about something that matters.

PRAY THIS: God, may I never be ashamed of having meaningful conversations with my son. And God, thanks for being a loving father and guide.

PLAY THIS: Cody Carnes - Run To The Father 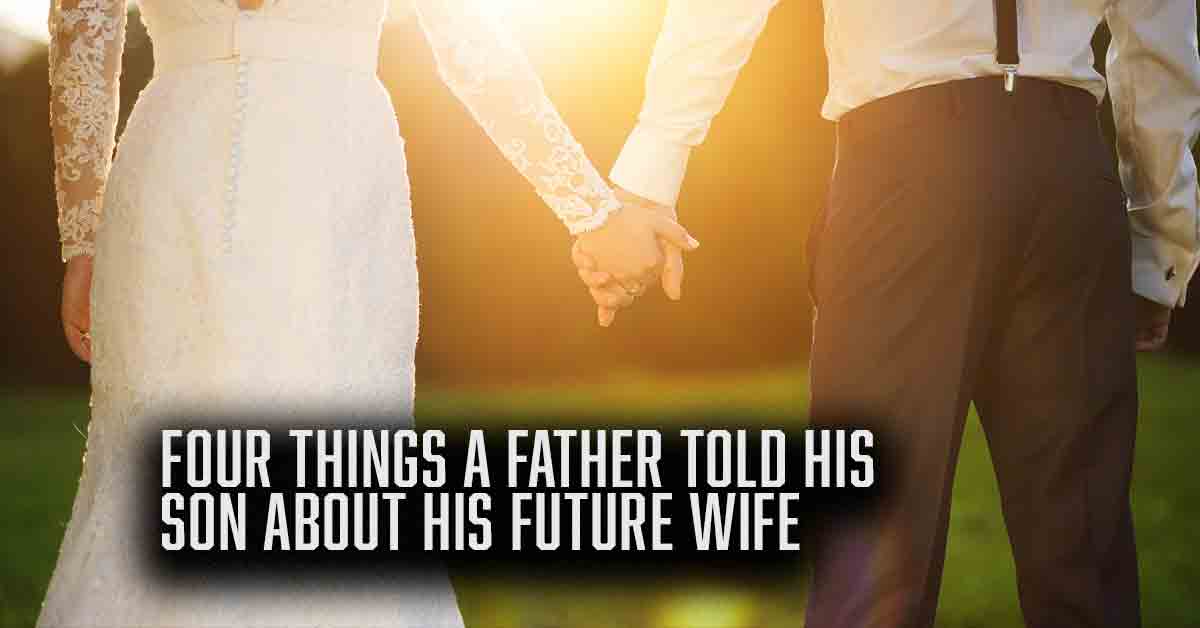