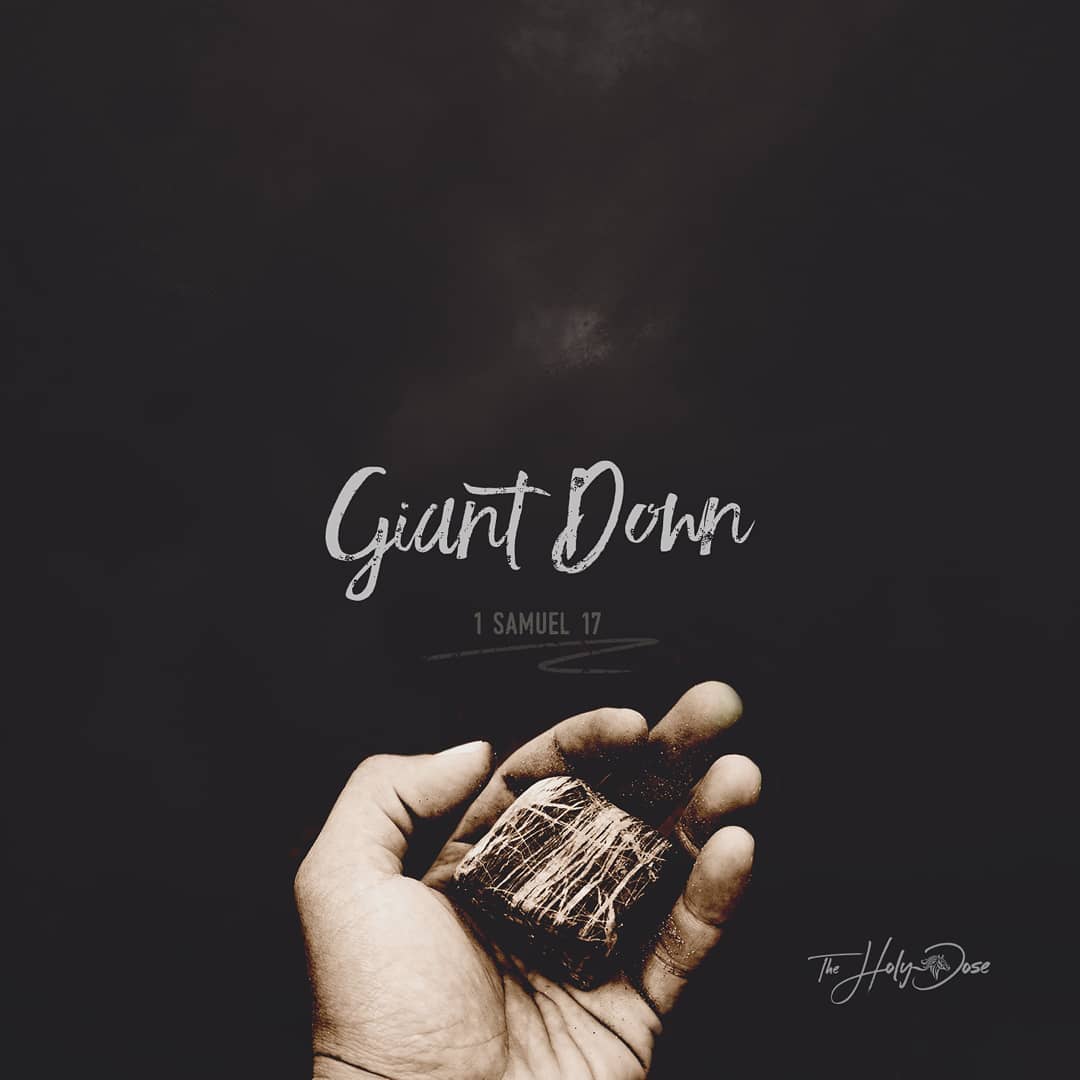 David was a harp-playing, sheep-tending, errand boy who was merely bringing a basket of sandwiches to his older brothers on the battlefield. But David’s spine perked up when he heard the opposing armies’ massive giant, Goliath, taunting them. While everyone was running in fright, the fight in David's words revealed his heart: “...Who is this pagan Philistine anyway, that he is allowed to defy the armies of the living God?” -1 Samuel 17:26

Can you hear it in David’s voice? It’s not confidence; it’s conviction. David knew deep in his gut that God was with him. That’s faith. With faith, David stared down the giant and shouted, “Today the Lord will conquer you…” (1 Samuel 17:46). And It wasn’t long before David sunk a stone into Goliath's forehead with a slingshot. Giant down. Approach the giant's in your life with confidence that the Lord will go to battle with you.

DO THIS TODAY: Remind yourself of David's words: “Today the Lord will conquer you!”