God May Use Evil Or Good To Get Our Attention

God May Use Evil Or Good To Get Our Attention

Then some of the itinerant Jewish exorcists undertook to invoke the name of the Lord Jesus over those who had evil spirits, saying, “I adjure you by the Jesus whom Paul proclaims.” Seven sons of a Jewish high priest named Sceva were doing this. But the evil spirit answered them, “Jesus I know, and Paul I recognize, but who are you?” And the man in whom was the evil spirit leaped on them, mastered all of them and overpowered them, so that they fled out of that house naked and wounded. And this became known to all the residents of Ephesus, both Jews and Greeks. And fear fell upon them all, and the name of the Lord Jesus was extolled. — Acts 19:13-17

So this text clarifies a couple of things. First, that there were Jewish priests that performed exorcisms. And this was not an unusual duty for a priest. We could assume that they were in high demand in the city of Ephesus since there were so many foreign gods. Second, it would have been highly unusual for a Jewish priest to invoke the name of Jesus. This was highly unusual because devout Jews, like the seven sons here, did not believe in Jesus. This could infer that their method of exorcism must not have been working. So in a last-ditch effort, they do what they saw Paul doing. And we find out this was a big mistake since this evil spirit could differentiate genuine belief from inauthentic belief. Therefore the possessed man pounds on them in a spectacular event that leaves them running the house naked and injured in shame.

So we discover here that God is driving people toward the gospel truth using various means. In Ephesus, God is using spiritual forces of good and evil to make this happen. And men like Paul and this demon-possessed man are simply vessels for the greater work that God has planned.

Isn't this true? Doesn't God use both evil and good to drive us closer to his truth? Within his divine power, he allows the use of evil to move us toward shame in hopes we will see the truth. Or he uses good in the form of healing, deliverance, or miracles to move our faith to the next level. Either way, we learn a powerful lesson about a spiritual world we cannot see. We discover it exists and that even the demons recognize fake belief.

Today walk carefully in the reality that there is a spiritual world you cannot see. Spirits of evil and good are at work. This world is more than material and physical matter. There are forces of evil at work around you that are being exposed by the holy actions of righteous men. So keep being a righteous man.

ASK THIS: What spiritual forces of evil are at work about you? (List them if you can below)

DO THIS: Be righteous and expose evil.

PRAY THIS: God, may my righteousness be a testimony that makes the demon flee.

PLAY THIS: Whom Shall I Fear — Chris Tomlin. 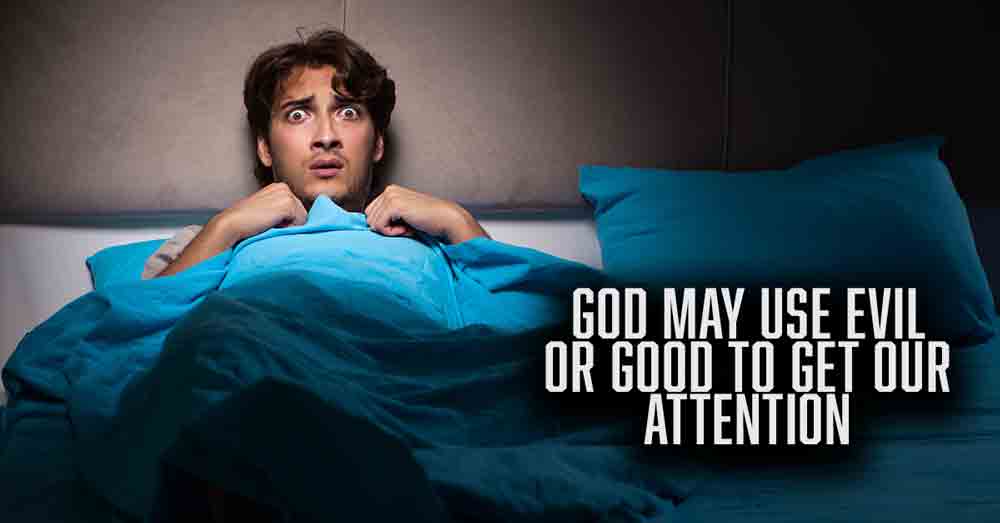