When All Hope Is Gone, God Still Saves

When All Hope Is Gone, God Still Saves

Then [Claudius Lysias] called two of the centurions and said, "Get ready two hundred soldiers, with seventy horsemen and two hundred spearmen to go as far as Caesarea at the third hour of the night. Also provide mounts for Paul to ride and bring him safely to Felix the governor." — Acts 23:23-24

So let's recall the context. Paul is taken into custody because Claudius is concerned about the Jewish council's hostility toward Paul. He knows that they are angry at Paul about religious matters, but he had committed no act of civil disobedience. The riot was started by Jews, not by Paul. Yet, he still wants to get to the bottom of the issue because Paul is a Roman citizen, protected by Roman rights.

But then we discover there is a secret plot to kill Paul. Claudius finds out, and he is not about to let Jews kill an unexamined Roman citizen under his watch. So Claudias readies a major envoy and sends Paul by night to Caesarea, the region's governing capital. He is going to let his superior Felix deal with him. Marcus Antonius Felix was the governor of the region who followed Pontius Pilate, the governor at the time of Jesus.

Now up to this point, God has used many different means to save Paul. He has used miracles, natural events, believers, non-believers, friends, relatives, officials, leaders, and now Roman authorities who will give him a royal escort with 470 soldiers to a town a couple of days away. I hope you're paying attention. Because basically, God is showing us that he can save a man on mission for him by any means he chooses.

So if you are feeling like God can't save you from a present circumstance that feels hopeless. You need to hear this. You are dead wrong. If God wants to use 470 soldiers and walk you right past your enemies who have plotted against you, he can, and he will. So don't put faith in your plans. And don't put trust in the enemy's plan. Put your faith in God. He's got his plan. He is your salvation. And he still saves.

ASK THIS: Do you need saving? Saving from what? (Share it below, and let me pray for you.)

DO THIS: Trust God and let him save you.

PRAY THIS: God, I am run down by those who oppose me. Save me from my enemies. Only you can save me. 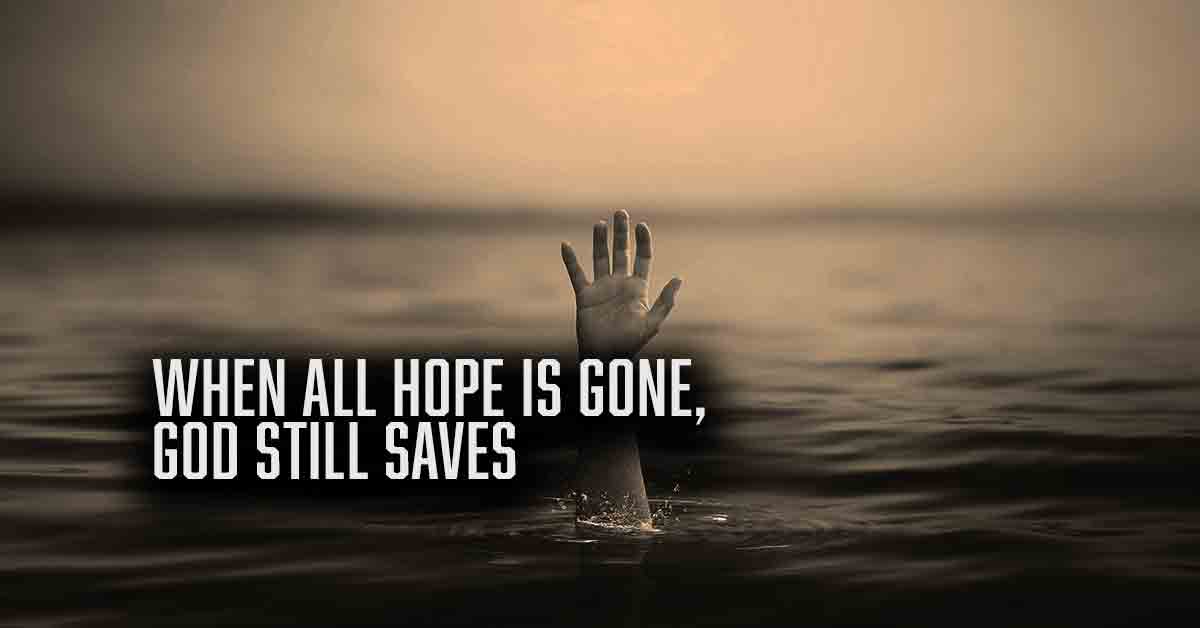 29 thoughts on “When All Hope Is Gone, God Still Saves”