And God was doing extraordinary miracles by the hands of Paul, so that even handkerchiefs or aprons that had touched his skin were carried away to the sick, and their diseases left them and the evil spirits came out of them. — Acts 19:11-12

So today, I want to share a little bit of backstory so we can see the contrast with what is to come in the text today and for the next few days.

Ephesus, where Paul was currently, was a very metropolitan city in its time. You will see in the video today that Ephesus was a port city and was a very significant city in the Roman Empire. Its population was probably about 250,000 in Paul’s time, and it was wealthy and opulent. It had an advanced water system, a complex sewer system, was surrounded by beautiful homes, and had a beautiful main street that began at the port and trailed up the mountainside. But the main attraction of Ephesus was the Temple of Artemis.

The Temple of Artemis, its Greek name, or the Temple of Diana, its Roman name, was one of the 7 Wonders of the Ancient World. While the temple is not standing today, during its time, it was so spectacular that Philo of Byzantium was quoted saying:

“I have seen the walls and Hanging Gardens of ancient Babylon, the statue of Olympian Zeus, the Colossus of Rhodes, the mighty work of the high Pyramids, and the tomb of Mausolus. But when I saw the temple at Ephesus rising to ”he clouds, all these other wonders were put in the shade.”

And what Philo was doing here was listing other wonders compared to what he believed to be the greatest of the ancient wonders — The Temple of Diana.

So who is Diana?

Well, Diana was a Greek goddess. She was a twin, the sister to her brother Apollo. They were both children of Zeus. She was primarily associated with hunting and revered as the goddess of the woods, childbirth, fertility, purity, moon, and wild animals. Her worshippers believed she had the power to talk to woodland animals and even control their movements and behavior.

Now, why do I mention this?

What Dr. Luke, the author, will develop in this text is the onset of a great battle. A battle between God and their belief in other gods, like Diana. And it’s going to get a little interesting. And guess what — you will have to stay tuned in the coming days to see how this unfolds.

But right here, in Ephesus, we see Paul performing miracles. Extraordinary miracles that draw attention away from one of the ancient world's greatest wonders and its goddess. In the shadow of the Temple of Diana, Paul is healing diseases and ejecting evil spirits. And it appears to happen as people touch or pass him. But remember, it’s not Paul doing this. It’s God’s power through him.

Now we don’t know exactly how Paul felt as he entered the city. But I wonder if Paul thought to himself, “How am I going to compete with that,” as he looked up the mountainside at the Temple of Diana. In addition, her statue was everywhere. Miniature figures of her were sold all over the city and transported across the empire. Yet, in the face of unthinkable odds, Paul is faithful. He walks right in with godly confidence and does what he has done in every city to this point. He counters worldly fanaticism with godly belief knowing that his God is greater than the greatest of the 7 Wonders of the Ancient World. And so, God begins working through him in small ways to draw attention not to himself but to God.

Today, consider this question. How do you need to hold fast to your godly belief in the face of worldly fanaticism?

ASK THIS: What worldly fanaticism is attractive to those around you?

DO THIS: Be godly.

PRAY THIS: God, work through me so that people of this world will be attracted to you and not the things of this world. 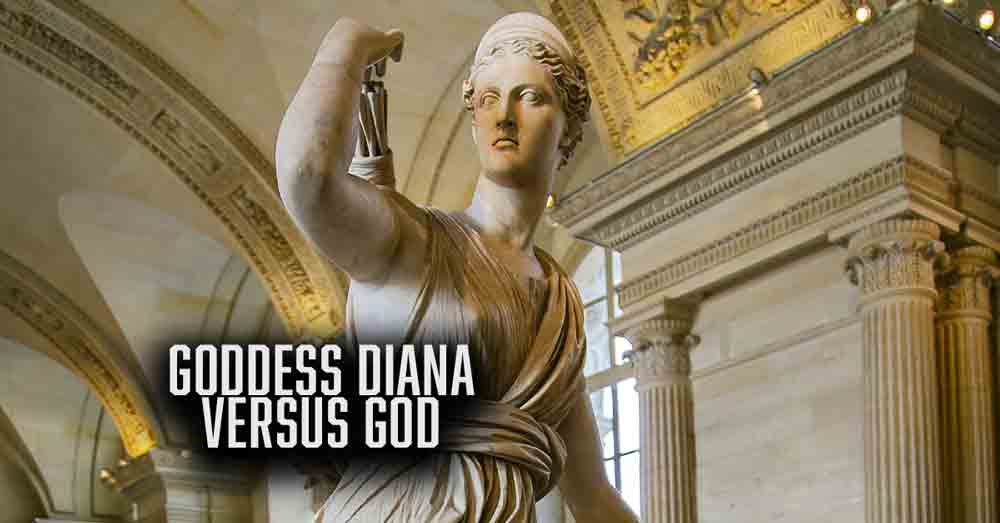 6 thoughts on “Goddess Diana Versus God”