And as they were seeking to kill him, word came to the tribune of the cohort that all Jerusalem was in confusion. He at once took soldiers and centurions and ran down to them. And when they saw the tribune and the soldiers, they stopped beating Paul. — Acts 21:31-32

So a religious mob forms because they think Paul has done the unthinkable by bringing a Gentile into the temple. And this mob is pretty worked up about this. And it becomes a huge commotion, so much so that there is mass confusion in the already overcrowded city during Pentecost. So the commander of the Roman Cohort, a man later identified as Claudius Lysias, storms down to the scene with several soldiers, to where he finds Paul being beaten.

There are two things about this moment I find interesting. First, that the instigators of this mob, who go unnamed, are guilty of slander. As we know, Paul has done nothing wrong. He never let a Gentile into the temple. So gossip becomes slander which escalates into violence. And this leads to the second interesting item. The slanderers are also guilty of instigating a riot. And this was a dangerous crime in the Roman Empire. And as you read ahead, you will notice that Paul suffers even though he has instigated nothing. And the people who instigated this event suffer nothing at all. Sound familiar?

But I have said this before, and I will say it again. In God's Word, there is only one who is an innocent sufferer. That person was Jesus. He suffered at the hands of our sin. No other person suffers innocently — even Paul here, while innocent of this sin is not innocent to sin. We live in a world predisposed and subject to sin. And we are guilty of sin that causes people to suffer.

So there is no doubt in my mind that Paul understood this as he experienced this moment. He did not walk into this moment an innocent sufferer. In fact, in this same city, he instigated Christian suffering, in the same manner he was suffering. And that ain't karma. That's biblical truth because sin is no respecter of persons.

ASK THIS: What sin and suffering do you need to address today? (Share it below if you dare.)

DO THIS: Stop the spread of the ultimate disease — the disease of sin.

PRAY THIS: God, forgive me of my sin and the suffering it has caused to others. 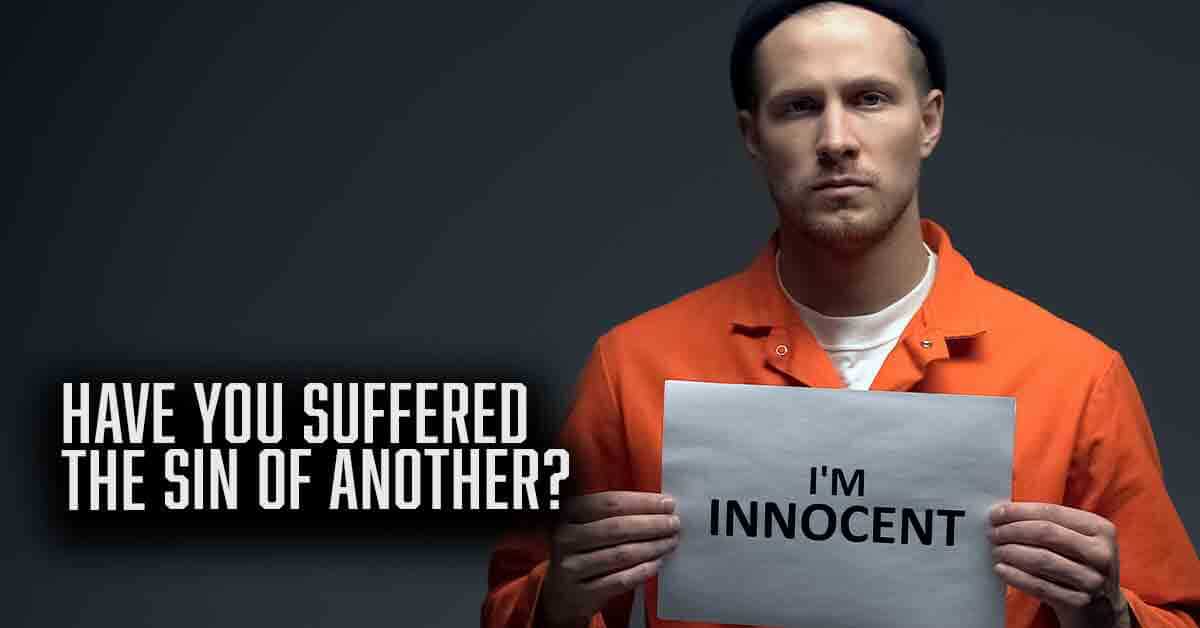 6 thoughts on “Have You Suffered The Sin Of Another?”