When the king heard the words of the Book of the Law, he tore his clothes. And the king commanded Hilkiah the priest, and Anika the son of Shapan, and Achbor the son of Micaiah, and Shapan the secretary, and Asaiah the kings servant, saying, "Go, inquire of the Lord for me, and for the people, and for all Judah, concerning the words of this book that has been found. For great is the wrath of the Lord that is kindled against us, because our fathers have not obeyed the words of this book, to do according to all that is written concerning us."—2 Kings 22:11-13

Josiah began ruling when he was only eight years old. But he was known for the way he followed God, not just his age. His legacy was built on the way that he promptly responded to God's Word. He read God's Word and acted immediately in obedience, trusting God and driving reform throughout the land. He illustrates that one man's response to God's Word can matter and have a far-reaching impact on the lives of others.

The Bible was not a readily accessible book in Josiah's time, and yet it's no less potent today while being far more accessible. What makes the difference is not the Bible's accessibility, but how a man responds to it. When a man acts on biblical truth with conviction, others are affected. Be the kind of man who lives this way.

DO THIS: Read the Bible and quickly do what it says, and discover the impact.

PRAY THIS: God, convict me today by your Word and give me the courage to act quickly on it — may I be your man. 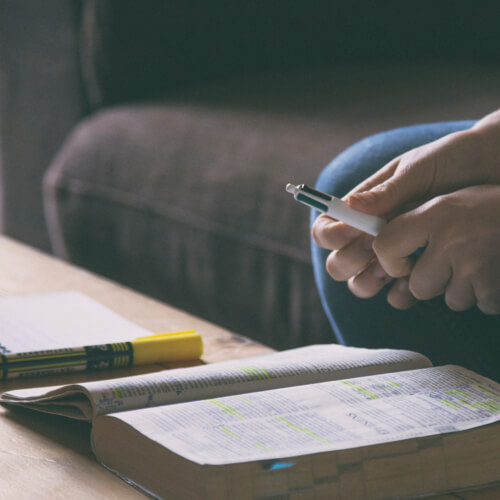