"When the power of love overcomes the love of power, the world will know peace."—Jimi Hendrix

"Blessed are the peacemakers, for they shall be called sons of God."—Jesus, Matthew 5:9

Relationship Require Peace Because They Are Valuable
Relationships are valuable in life. They are difficult to construct and easy to deconstruct. There are so many ways to sabotage your relationships. Here are some behaviors to avoid in order to keep relationships from being compromised, and keep peace with those around you.

8 Behaviors To Avoid To Keep Peace

One | Triangulation rather than directly addressing.
Triangulation occurs when you share your issues about another person with anyone other than that individual. What you have done is to bring another into what is "your" perceived issue and often into an alliance with you against others. This does not solve the problem but enlarges the circle of conflict with individuals who were not part of the original dispute and who have no influence to resolve the conflict. The uninvolved party you've brought in by discussing with them now have a bias about the person you have a dispute with but without a way to resolve that bias since the issues is yours rather than theirs.

Two | Carbon copying emails to uninvolved people.
Of course, once you carbon copy anyone they become involved. This is usually a power play or a move to bring others over to your side, but it results in nothing good, besides enlarging the circle of mistrust and doubt. Remember that the larger the circle of people involved—passively or actively—the harder it is to resolve conflict. If your goal is to preserve relationships, you will resist any actions that widen the circle needlessly.

Five | Ignoring issues that you should address.
Leaders who are conflict adverse fail to deal with issues they know are problematic and therefore allow the dysfunctions to spill into the life of others. This is the source of much pain on teams, in organizations, and with churches. When leaders choose not to confront issues, behaviors, or impending problems; these have a detrimental impact on the people and the culture.

Six | Failing to communicate the loving truth.
Truth should be shared graciously and only with the right people, but if you have issues, you need to share those issues in truth and love. Many relationships have failed because of sheltering people from truth or communicating half-truths because someone did not dare to be forthcoming. If you truly love someone, you will tell them the truth—not a half-truth or a lie to avoid friction or pain. Avoidance of sharing the truth always leads to more significant conflict in the future.

Seven | Demonizing those who disagree with you.
Have you ever met people who are your best friend until you disagree with them on some issue and then you become an enemy? It happens all the time in well-meaning Christian circles. You will be tempted to divide the world into good people and bad people or righteous and unrighteous. Life isn't that easy. Besides which group would you be in? Good and godly people can do and say unfortunate things, and they can disagree with your opinions, but you should never demonize them for doing so. Healthy individuals give others space, allow them to disagree without the friendship being at threatened or at risk of being terminated.

Eight | Owning other people's issues
This is another form of triangulation. Your problems are yours, and my issues are mine. I can give you counsel or take your counsel, but the issues are still either mine or yours. If I take up your problem, I get involved in a conflict that is not my own, and since it is not my issue, I cannot resolve it. You may do this out of friendship, but it does not work and frequently produces further conflict. Rather than taking up the issue of another, offer to mediate between the two parties and see if peace can be found.

Jesus commanded us to be peacemakers. That starts with those closest to us by not allowing issues to cloud our friendships. And where we see that happen whether it's us with us or others lets step in as peacemakers on behalf of Jesus. 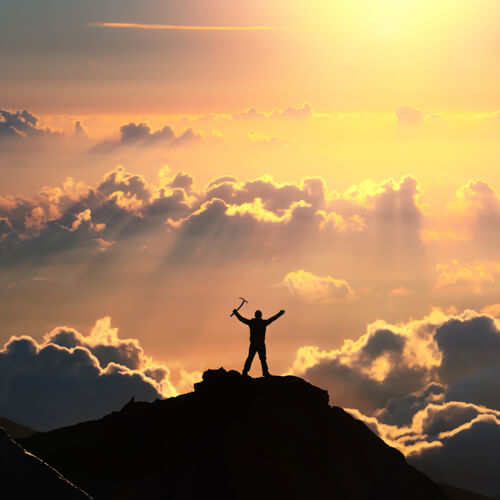