Now on his way to Jerusalem, Jesus traveled along the border between Samaria and Galilee. As he was going into a village, ten men who had leprosy met him. They stood at a distance and called out in a loud voice, “Jesus, Master, have pity on us!”

When he saw them, he said, “Go, show yourselves to the priests.” And as they went, they were cleansed. One of them, when he saw he was healed, came back, praising God in a loud voice. He threw himself at Jesus’ feet and thanked him—and he was a Samaritan. Jesus asked, “Were not all ten cleansed? Where are the other nine? Has no one returned to give praise to God except this foreigner?” Then he said to him, “Rise and go; your faith has made you well.”—Luke 17:11-19

Leprosy was such a mysterious deadly disease that men who contracted it longed for healing. And these ten knew they had only one hope—get to Jesus, get his attention, and get healing. So all ten were perched right outside the city gates. This is where the infected would have lived—outside the village. Yet the word has spread, and they know that Jesus has the supernatural power to help them. And so they cry out to him, begging for him to help.

What's fascinating is Jesus’ response. He directs them to the local priests. This is what someone with leprosy, or a similar disease, would do post-healing. They would go to a priest to be declared physically and spiritually clean and gain approval to reenter society. Jesus, however, tells them to go pre-healing. The men, to their credit, go. And in their going, which is an act of faith, all ten men are healed.

Often when we are in need, we ask God to resolve, remove, reconcile, or reverse our situations. We try to devise a way out. But often, God wants us to do the next right thing. He wants us to take one more step, and then another, and so on. And while the step may seem odd, it is usually in the action that we see God doing wonderous things.

Do you want to see something spectacular today? If so, do the next right thing. Take action in obedience, and when you see God do something miraculous, turn back to give him thanks.

DO THIS: This week, we are focusing on the discipline of scripture. 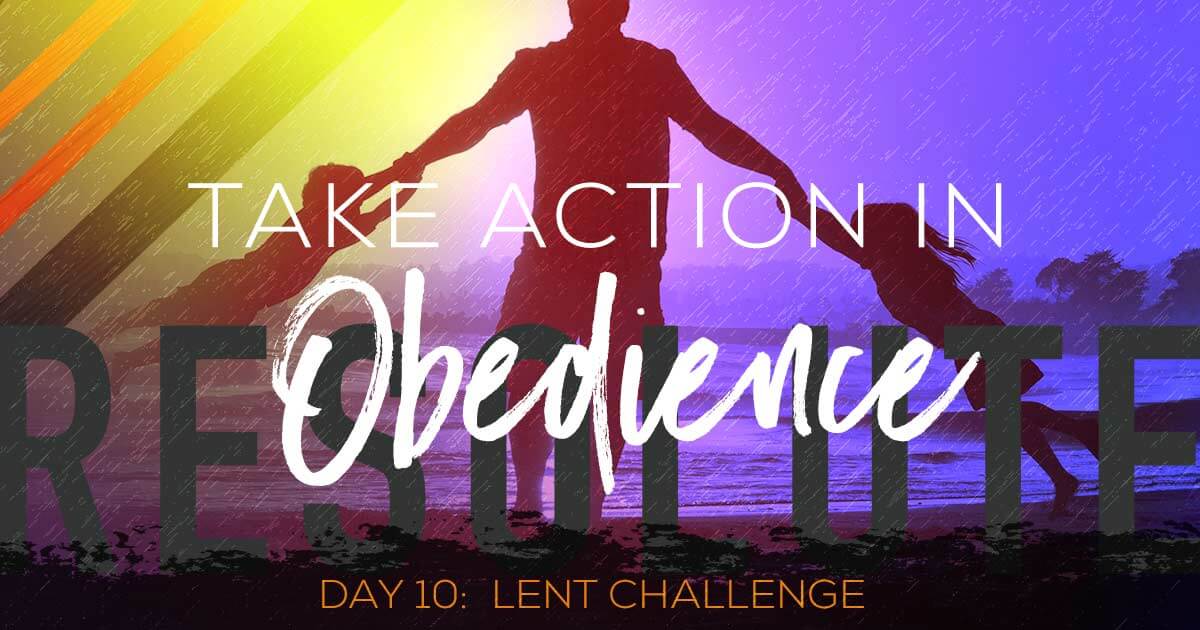 402 thoughts on “Hope and Healing”