Then it happened, as He was coming near Jericho, that a certain blind man sat by the road begging. And hearing a multitude passing by, he asked what it meant. So they told him that Jesus of Nazareth was passing by. And he cried out, saying, "Jesus, Son of David, have mercy on me!" Then those who went before warned him that he should be quiet; but he cried out all the more, "Son of David, have mercy on me!" So Jesus stood still and commanded him to be brought to Him. And when he had come near, He asked him, saying, "What do you want Me to do for you?" He said, "Lord, that I may receive my sight." Then Jesus said to him, "Receive your sight; your faith has made you well." And immediately he received his sight, and followed Him, glorifying God. And all the people, when they saw it, gave praise to God.—Luke 18:35-43

This is a great story for two simple reasons.

First, notice the blind man's bold declaration. This man had clearly heard about Jesus, and his popularity proceeded him. We learn this when he calls out to Christ and proclaims him the "Son of David." This phrase was a common Jewish expression for the title of the coming Messiah. It was a declaration that the blind man understood that God was walking by, and even though he was blind, he could clearly see what some could not. But notice, Jesus turns to the man and doesn't say, "Why are you calling me the Son of David?" No, Jesus turns to the man and says, "What do you want me to do for you?" By not correcting the man, Jesus was accepting his designation and the man's worship.

But second, notice the bold ask. What did the man ask for when Jesus asked him what he wanted him to do? Well, he went big and bold, right—he asked for sight. While many people prevented him from getting to Jesus and even wanted him to quiet down, he went loud and bold. The man had his sights set on receiving his sight. The blind man had seen and acknowledged Jesus for who he was in his blindness, and in a few short seconds, he would see God in the flesh.

Today let's get bold and ask God for something impossible. And while we may not yet see it, pray in faith and see what God does.

⚡Tell Others You Prayed Boldly In Today's Challenge 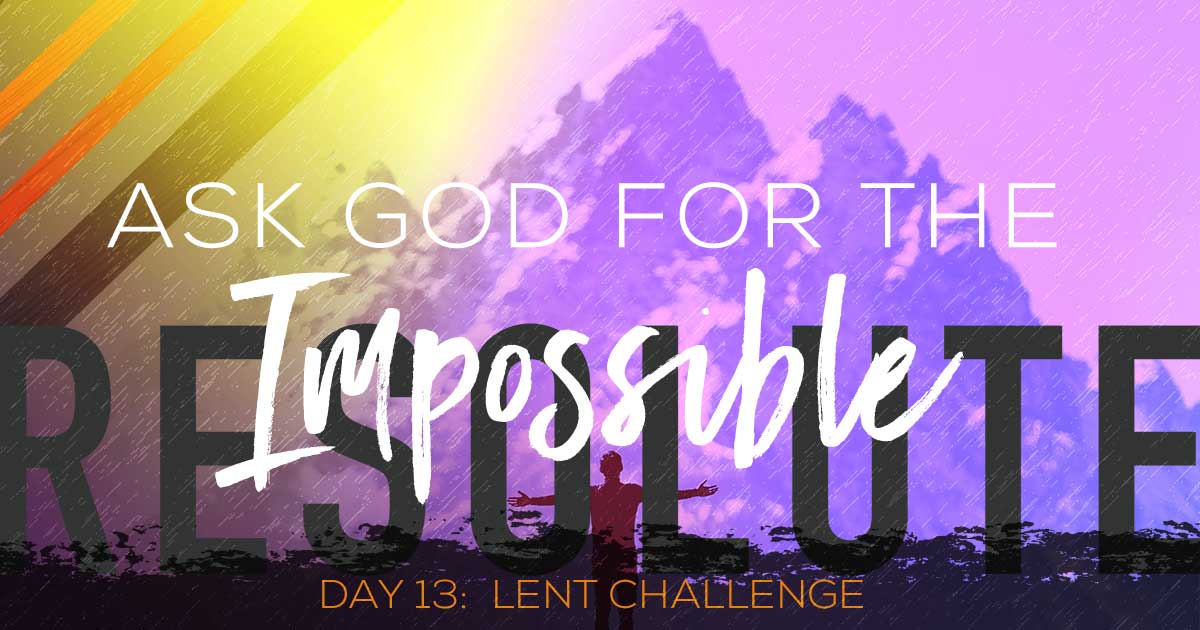