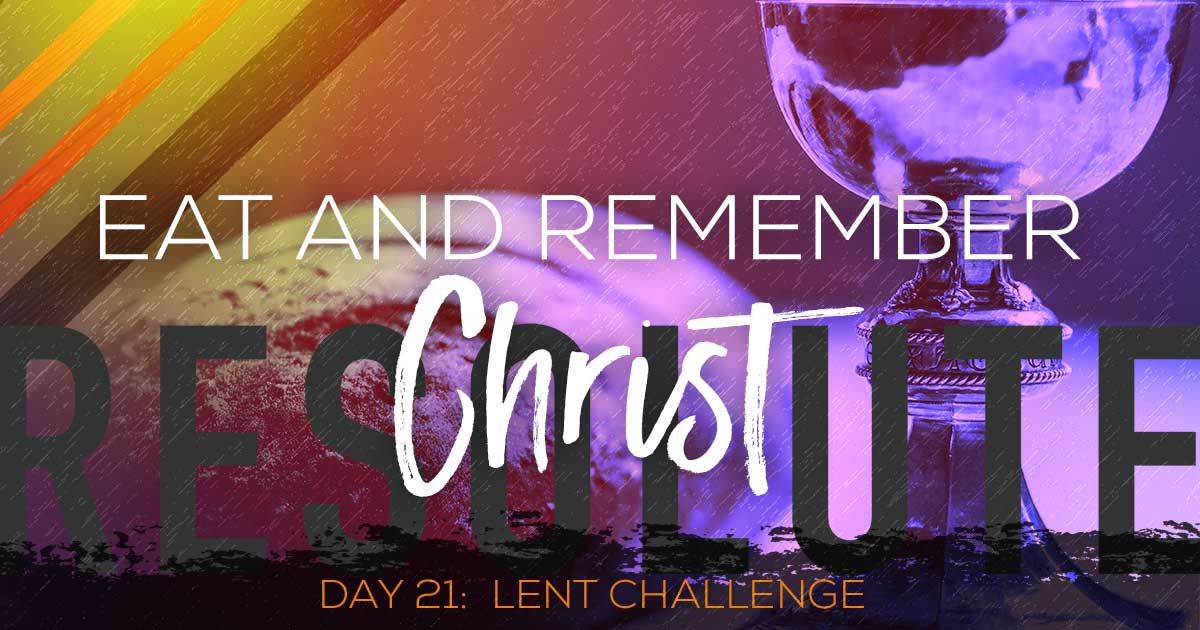 And when it was evening, he came with the twelve. And as they were reclining at table and eating, Jesus said, "Truly, I say to you, one of you will betray me, one who is eating with me." They began to be sorrowful and to say to him one after another, "Is it I?" He said to them, "It is one of the twelve, one who is dipping bread into the dish with me. For the Son of Man goes as it is written of him, but woe to that man by whom the Son of Man is betrayed! It would have been better for that man if he had not been born." And as they were eating, he took bread, and after blessing it broke it and gave it to them, and said, "Take; this is my body." And he took a cup, and when he had given thanks he gave it to them, and they all drank of it. And he said to them, "This is my blood of the covenant, which is poured out for many. Truly, I say to you, I will not drink again of the fruit of the vine until that day when I drink it new in the kingdom of God." And when they had sung a hymn, they went out to the Mount of Olives.—Mark 14:17-26

This is a great moment in Christian history. It's an old covenant that is combining with a new covenant. But it's the background of this moment that gives this extraordinary meaning.

While this meal is often referred to as the Last Supper, it was not originally called initially. Instead, Jesus and the disciples made arrangements to celebrate the Passover meal (which was a Jewish dinner that commemorates the Exodus from Egypt).

For those that don't know, this Passover meal commemorated a night in Hebrew history just before being released from years of captivity in Egypt. God commanded that the blood of unblemished lambs was to be spread on the doorposts of homes so that the Angel of Death would see it and pass-over the house, not harming the firstborn males who resided within. This commemorative meal was a celebration of God's salvation in the past and future. While the men thought they were celebrating a past meal, they were celebrating two: the Passover, and Jesus' Last Supper. The Last Supper was a celebration of spiritual freedom from sin. A passing over of death, through the sacrifice of the perfect Lamb of God, who is about to be sacrificed for the sins of all mankind.

This night in history, Jesus appended a meal that was celebrated for 1200 years giving it universal meaning for all followers—it's a new covenant. The covenant that God made with the Hebrews 1200 years prior had rich meaning. But this was only a shadow of the salvation God would provide for all people in all time. And Jesus and his men celebrate this with a simple meal.

Today eat, but as you do remember. Remember Christ and his work and this new covenant—one made with the flesh and blood promise of God, not man. It's a covenant that will never end.

81 thoughts on “A Covenant”