Live Beyond The Shame

Live Beyond The Shame

Son, there are points in every man's life when he feels like he is not good enough. This is common to every man. Most bounce back from these momentary struggles with guilt, shame, and regret, but some will not. Some men will allow the quiet voice of self-criticism to take them to self-hatred and a lingering feeling of disappointment, discouragement, and disapproval that seeks to alter their identity. For some men, this will become paralyzing mentally, emotionally, and spiritually.

A popular solution for those living in shame is focused self-improvement that strives to boost self-esteem. Coaching in this manner seeks to improve skills, competencies, mindsets, attitudes, perseverance, and endurance with the hope of seeing worth in yourself that dig you out of your self-criticism. But as you will learn, this is an insufficient solution. If this solution were sufficient for men, there would be no one living in perpetual and private shame. Yet men still do. And solutions of this sort ignore the fact that shame is rooted in a spiritual problem, needs a spiritual solution, and a renewed spiritual reality that is not manufactured merely by our mind.

So if you are dealing with shame, here is what you need to know about shame and how to live shamelessly.

There Was A Time Before Shame

And the man and his wife were both naked and were not ashamed.—Genesis 2:25

Can you imagine this utopia? A time before shame?

It must have been a beautiful state of freedom. Yet not long after this moment, sin came and shame and then a lot of blame. And ever since the fall of man, the same cycle continues. Sin, then shame, and then blame.

But can we attain what was lost in the garden?

The answer is yes, but we have to understand where shame gets its power.

We know that our old self was crucified with him in order that the body of sin might be brought to nothing, so that we would no longer be enslaved to sin.—Romans 6:6

There is nothing more the Accuser, that's Satan, would love than for a redeemed man to live in a state of self-criticism rather than in God's true joy and freedom.

"We know," the writer confidently states, but do men act as they know when they live in self-criticism and shame?

We might say we know, but if we don't also behave and believe as we know, then do we know? And what is it that we should know—that we were crucified—notice the use of the past tense. This infers that the spiritual penance paid by Christ on the cross was good enough, even though we were not. His penance in the past alters our present state. This crucifixion nailed our body of sin, freeing us from the slavery of sin. If this is the case, then why do so many men act and believe they are enslaved? Why do we choose to believe our sin enslaves us when the present reality is so different?

But here is the truth.

You Are Not Put To Shame

For the Scripture says, "Everyone who believes in him will not be put to shame."—Romans 10:11

Sin and shame have no power over the regenerate believer. If Scripture is true—then shame was put off not put on. And while we did formerly live in a perpetual state of sin and thus shame, this is no longer the case. While as men, we occasionally sin, this is vastly different from the life of sin we once lived. Our spiritual state is changed, and we as men will spend the rest of our lives, realizing, understanding, and knowing this renewed state. Thus scripture is needed desperately to retrain a mind that believes the past more than the present. Our old ways, attitudes, and beliefs tend to persuade us to believe in old beliefs and belief systems. While some guilt and regret are good in moments of sin, they should drive us toward reconciliation and restoration, not to a state of shame that paralyzes us.

Our Present Reality Is Saved Not Shamed

I have been crucified with Christ. It is no longer I who live, but Christ who lives in me.—Galatians 2:20

The truth of these words are power to a man who lives in shame. The writer proclaims, "It is no longer I who live." And this is not positive self-talk aimed at boosting a man's self-esteem. It is embracing a belief in a new spiritual reality. Remember, self-esteem, self-confidence, and self-worth is merely human effort that is futile. The death and resurrection of Christ for mankind's sin is not human effort—it's divine salvation from the futile attempts of human effort. It is the redemption of sin that breaks the bondage of sin and the cycle of shame and blame.

Christ's sacrifice was enough, but now we have a choice—to believe in Christ who lives within us or believe in the shame that so easily imprisons us.

If you are a follower of Christ, live free from shame, enjoy your freedom, and find joy in Christ's life. Why live in self-condemnation, as a man set free? Don't condemn yourself—God doesn't when you are in Christ.

There is therefore now no condemnation for those who are in Christ Jesus.—Romans 8:1 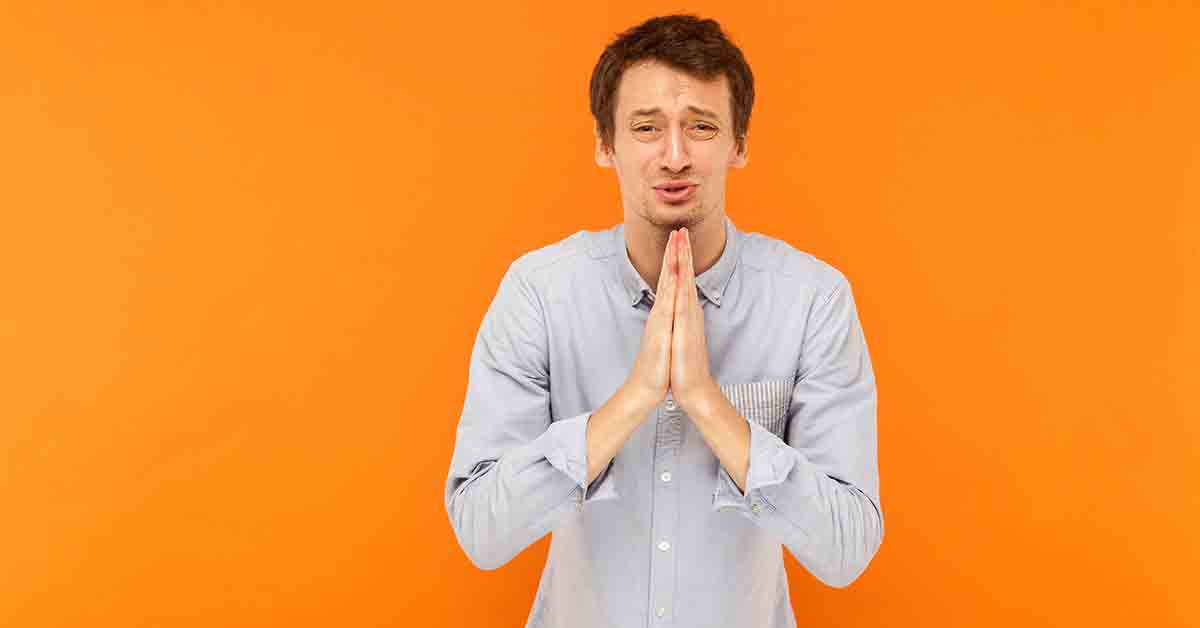