Man Is Not Meant to Do Life Alone

Man Is Not Meant to Do Life Alone

Fess up if you're lonely. Really, this is too important to shrug off. Not only is loneliness a significant contributor to depression, but frequently it's a factor in suicides. Did you know that men are nearly four times more likely to die from suicide than women? Shocking. And loneliness also is associated with obesity, high blood pressure, lowered immune rates, and other potentially lethal health issues. One can accurately say that our lack of connection with other guys may be killing us. It is slowly resulting in physical pain and death.

The Power of Two (Or More)

"Two are better than one, because they have a good reward for their toil. For if they fall, one will lift up his fellow. But woe to him who is alone when he falls and has not another to lift him up!" (Ecclesiastes 4:9-10)

God never intended for us to go through life or face its challenges by ourselves. Not only does He sustain us by His own power, but He also provides support through the other men He brings into our lives. Numbers 11 recounts how, when Moses found the burden of leading the contentious Israelites became "too heavy" for him, God directed him to gather together some of the elders and leaders so that He could empower them to help Moses as needed.

"They shall bear the burden of the people with you, so that you may not bear it yourself alone" (Numbers 11:17).

"Then Jonathan made a covenant with David, because he loved him as his own soul." (1 Samuel 18:3)

Stories in both the Old and New Testament bear out how vital our human relationships are, and through them we learn much about how God has designed us for fellowship not only with Himself, but also with each other. Jesus understood that every man needs support and friendship with other men — He sought out His disciples with intentionality, quite early in His ministry (Matthew 4; Mark 1; Luke 5). And Scripture makes it clear that those relationships were personal and vital to Him, not just in the context of teacher and follower. He needed them in His darkest moments in Gethsemane; He shared His heart with them daily; He referred to them not just as brothers, but also as His friends.

"No longer do I call you servants, for the servant does not know what his master is doing; but I have called you friends, for all that I have heard from my Father I have made known to you." (John 15:15)

Make It a Matter of Prayer

I admit that to find a true friend is not always an easy task, but we owe it to ourselves to make it a priority. Bible scholars tend to single out three from among Jesus' disciples and apostles who were His closest guy friends: Peter, James, and John. Those friendships evolved as they ministered together and endured life together. So pray about it — make it a point to identify one or two guys with whom you can nurture a healthy, biblical friendship. Friendships with other men provide something very different from the connection one might have with a girlfriend or a spouse, and we men can validate each other in ways that the women in our lives cannot. Some activities and experiences can only be shared with other men, a camaraderie that evolves among brothers unique to the bonds of man-to-man relationships.

Brothers, we need to acknowledge that developing friendships with other men is essential —and brings us that much closer to maturing into the men God intends us to be. We need each other. It's how He designed us. It's not a show of weakness. Instead, it's a reflection of the fellowship our triune God enjoys as Father, Son, and Holy Spirit.

And the truth is — our very lives may depend on it! 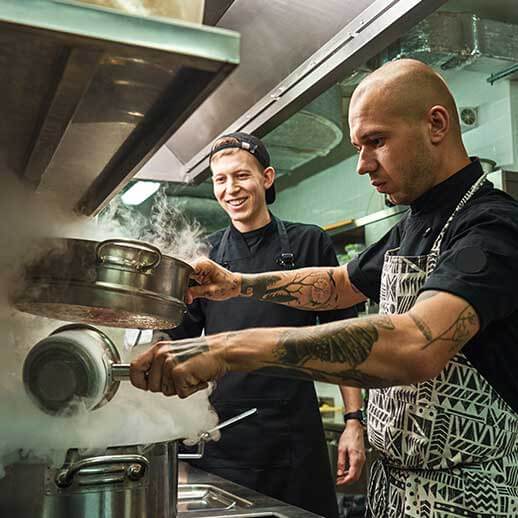