Vince Miller is a world renown motivational speaker for men. He will move your men to  "get off the bench and into the game" as men, husbands, fathers, and leaders.

As your motivational speaker provides messages on the themes of manhood, fatherhood, masculinity, marriage, and repetitive cycles of sin. Vince can connect with any audience male or female, and believes we can elevate men without denigrating women.

Vince Miller is also invited as a guest speaker to provide on-site training. He has developed a large library of training videos and small group curriculum used by non-profits and churches across the country. Sample two below.

A training video for men's leaders on Five Disciplines for men.

Vince Miller is known to be fun, spontaneous, thoughtful, and inspirational in every interaction. Listen to him uncut and unedited on the ManTalk Podcast as he interviews and connects with men on real-life issues, topics, and challenges. His inspiring speaking style is second to none.

Sacrifice: Learning to be a giver, not a taker.

Purpose: What is God's will for my life?

Abandoned by his drug-using father at the age of two, Vince Miller grew up in a challenging and anxiety-producing environment. He endured the strain of his mother’s two failed marriages as well as her poor choices and drug use. Fortunately, during Vince’s formative teen years his grandfather, a man of faith, stepped up to mentor Vince, guiding him through a particularly difficult period.

Audiences respond to Vince’s stories and teaching that motivate, convict, and sometimes even shock. He inspires men to lead, mentor, and disciple others with an intelligent argument for faith, inspiring presentation of the gospel, and stories of choices he made as a man, husband, and father.

After serving in notable ministry organizations for over 25 years (including Young Life, InterVarsity, TCU Football, and Eagle Brook Church), Vince founded Resolute, a non-profit organization focused on providing men with tools for discipleship and mentorship. He’s written 13 books and handbooks, along with small group videos that are resources for mentorship. He also produces THE MEN'S DAILY DEVO and the MAN TALK PODCAST. His latest book is a devotional and mentoring guide for men called THIRTY VIRTUES THAT BUILD A MAN.

Challenge men to get off the bench and into the game of mentoring. In this message, Vince invites men to fight inaction and stop disqualifying themselves by simplifying the importance of mentorship. Hear his grandfather's fantastic story and how he invested in his life.

Lessons from a fatherless home.

"Nothing can be more mysterious than fatherhood when you grew up in a fatherless home," says Vince who shares his story of raising three children devoid of a father in his life. He shares two principles that demystify the fathering challenge and a catastrophic incident that turned their families world upside down.

While the question appears simple, it is not! And many men are troubled to discover an answer escapes them. Vince unravels the complexity of masculinity by pointing to a surprising answer that often dazzles audiences. If you are reaching an audience of seekers, this is a perfect message for defining the problem and solution in Jesus Christ.

Beat up the sin that beats you up.

Ever find yourself in an endless cycle of sin, repeating the same mistakes over and over again? Like many others, one day Vince woke up and had enough of the unending cycle. Vince shares transparently his struggle with anxiety and how he discovered a simple methodology that turned anxiety from nemesis to friend and drove him to deepen his relationship with Christ. 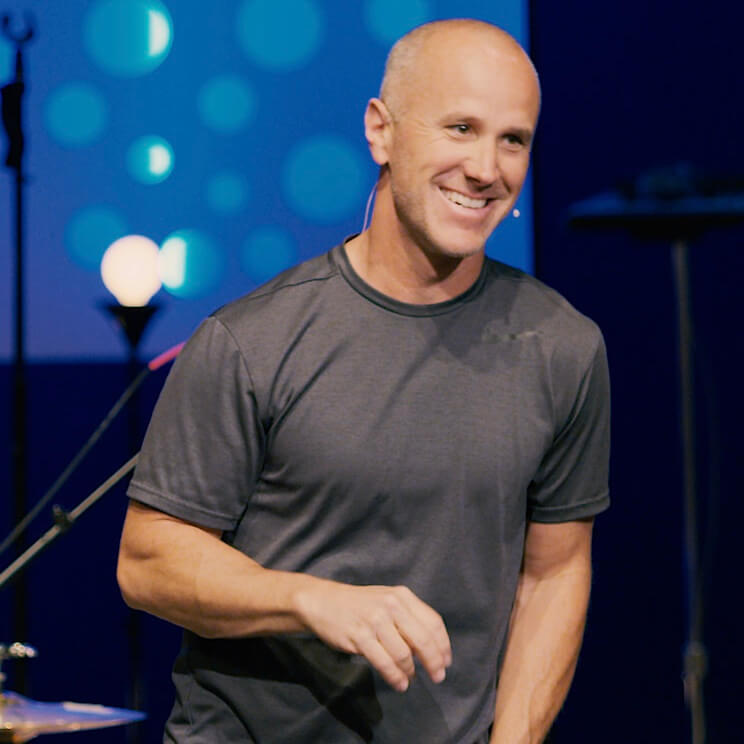