On Domestic Abuse | Letters To My Son

So yesterday in the news, we heard of alleged charges brought against former Seattle Seahawk & San Franciso 49er cornerback Richard Sherman. We are not sure yet what has happened, but I was immediately prompted to write you this letter.

Primarily because you are currently in a relationship with a wonderful lady, I wanted you to hear your father say, "Domestic abuse is wrong!" It is dead wrong and unbecoming of a man of God. And in response to these "allegations," I had three immediate thoughts I wanted to make sure you heard from me.

First | Marriage Is Serious, But So Is Abuse
As a follower of Jesus Christ and someone who believes the Bible is the truth, I believe marriage is a serious religious covenant. It’s not a covenant made with the government, but a covenant made before God that is inseparable by man. This is a great mystery, but something supernatural occurs when a man and woman become husband and wife. It’s a spiritual union. But this spiritual union and the covenant do not give a man, or a woman, the right to abuse the other within the relationship. A marriage of permanence is not permission or leverage to engage in abuse of any kind (verbal, physical, sexual, or even neglect which is also abuse). Marriage is a relationship within which we should love and respect each other. Love and respect go hand in hand and reciprocate in marriage. When this happens, there is no room, need, place, or reason for abuse. And the aim is first to love and respect God. So as we love and respect God, we will, by nature, love and respect our spouse.

Son, learn how to do this now, before you marry, by loving and respecting all women, and this will carry on with you into marriage someday.

“Therefore a man shall leave his father and mother and hold fast to his wife, and the two shall become one flesh.” This mystery is profound, and I am saying that it refers to Christ and the church. However, let each one of you love his wife as himself, and let the wife see that she respects her husband.— Ephesians 5:31-33

Second | Forgiveness Is Mandated, But It’s Not Permission To Repeat Wrongs
Forgiveness is a key component in any relationship. Forgiveness promotes healing where one has done wrong, and the other has been wronged. And sometimes, in marriage or any relationship, one party will be quicker to pursue forgiveness. But just because one party is quick to pursue it, this doesn’t permit the offender to repeat wrongs. Change is always expected. Even though Christ commands us to extend limitless forgiveness to others, this is not to be used or abused by an offending party for their advantage. Using biblical forgiveness for personal advantage is not biblical forgiveness; it’s spiritual abuse.

There have been many times in my marriage that your mother and I have forgiven each other. And we will continue to do so. But I also know this — she and I both expect change because mandated forgiveness is not permission to repeat that wrong. It should stir a change in our behavior because we love and respect each other and God.

Third | Roles Are Important, But They Are Not A Right To Abuse
I believe the Bible teaches that a husband, a wife, and children have distinct roles in a single-family system. This is evident in the following verses.

Wives, submit to your husbands, as is fitting in the Lord. Husbands, love your wives, and do not be harsh with them. Children, obey your parents in everything, for this pleases the Lord. — Colossians 3:18-20

And because God designed man, woman, and the marital union, I follow his instructions on how to lead this union best. Now some Christians have differing opinions on this, but I believe God knows best on spiritual matters. Well, really, he knows best on all matters. But regardless of a person's belief about these roles, there is no evidence anywhere in the Bible that male headship in marriage or headship of the family gives a man the right to abuse anyone. In fact, the Bible teaches just the opposite. Here are two texts from Colossians on this matter.

Husbands, love your wives, and do not be harsh with them. — Colossians 3:19

Fathers, do not provoke your children, lest they become discouraged. — Colossians 3:21

I hope that you will steward well your role as a man, husband, father, and leader well in this life. Abuse is never permissible. In fact, God’s man will fight against abuse in every form. But to fight, he must first address the abusive feelings, thoughts, and actions within himself. You see, there is a part of every man that wants to act abusively. So learn and discipline yourself to act Godly. Just hold to these words Paul in Colossians 3:17.

And whatever you do, whether in word or deed, do it all in the name of the Lord Jesus, giving thanks to God the Father through him. — Colossians 3:17 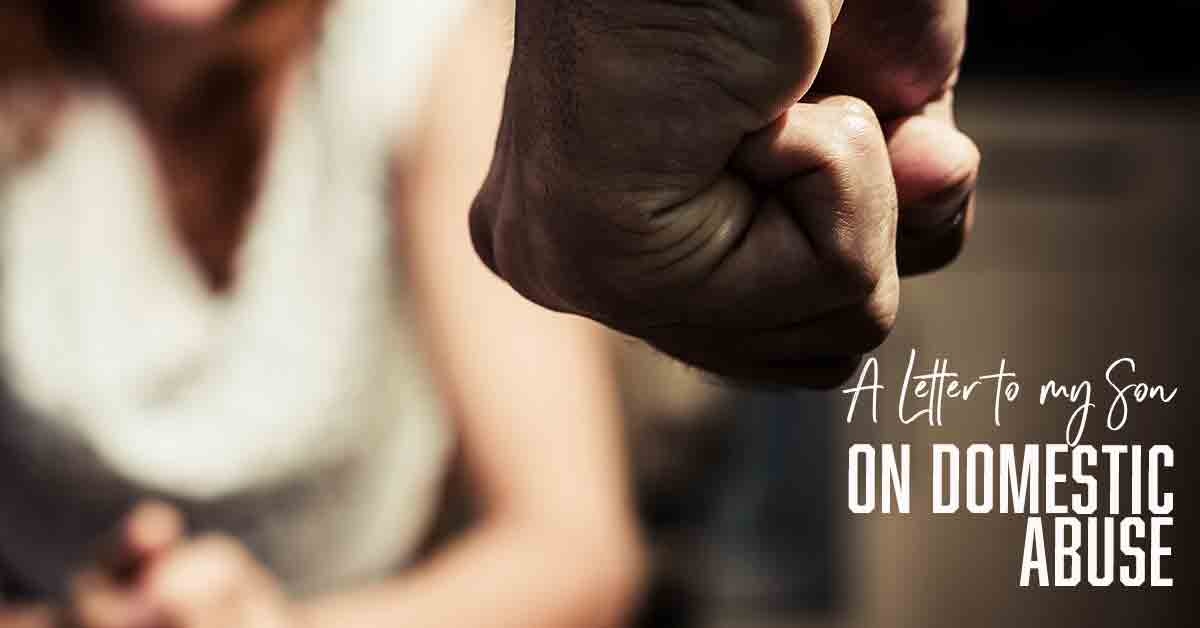