Boyd’s key concept was that of the decision cycle or OODA Loop. This is a process by which an entity (either an individual or an organization) reacts to an event. According to this idea, the key to victory is to be able to create situations wherein one can make appropriate decisions more quickly than one’s opponent. The construct was originally a theory of achieving success in air-to-air combat, developed out of Boyd’s Energy-Maneuverability theory and his observations on air combat between MiGs and F-86s in Korea.Harry Hillaker (chief designer of the F-16) said of the OODA theory, “Time is the dominant parameter. The pilot who goes through the OODA cycle in the shortest time prevails because his opponent is caught responding to situations that have already changed.”

Boyd hypothesized that all intelligent organisms and organizations undergo a continuous cycle of interaction with their environment. Boyd breaks this cycle down to four interrelated and overlapping processes through which one cycles continuously:

Of course, while this is taking place, the situation may be changing. It is sometimes necessary to cancel a planned action in order to meet the changes.

This decision cycle is thus known as the OODA loop. Boyd emphasized that this decision cycle is the central mechanism enabling adaptation (apart from natural selection) and is therefore critical to survival. Boyd theorized that large organizations such as corporations, governments, or militaries possessed a hierarchy of OODA loops at tactical, grand-tactical (operational art), and strategic levels. In addition, he stated that most effective organizations have a highly decentralized chain of command that utilizes objective-driven orders, or directive control, rather than method-driven orders in order to harness the mental capacity and creative abilities of individual commanders at each level. Boyd argued that such a structure creates a flexible “organic whole” that is quicker to adapt to rapidly changing situations. He noted, however, that any such highly decentralized organization would necessitate a high degree of mutual trust and a common outlook that came from prior shared experiences. Headquarters needs to know that the troops are perfectly capable of forming a good plan for taking a specific objective, and the troops need to know that Headquarters does not direct them to achieve certain objectives without good reason. 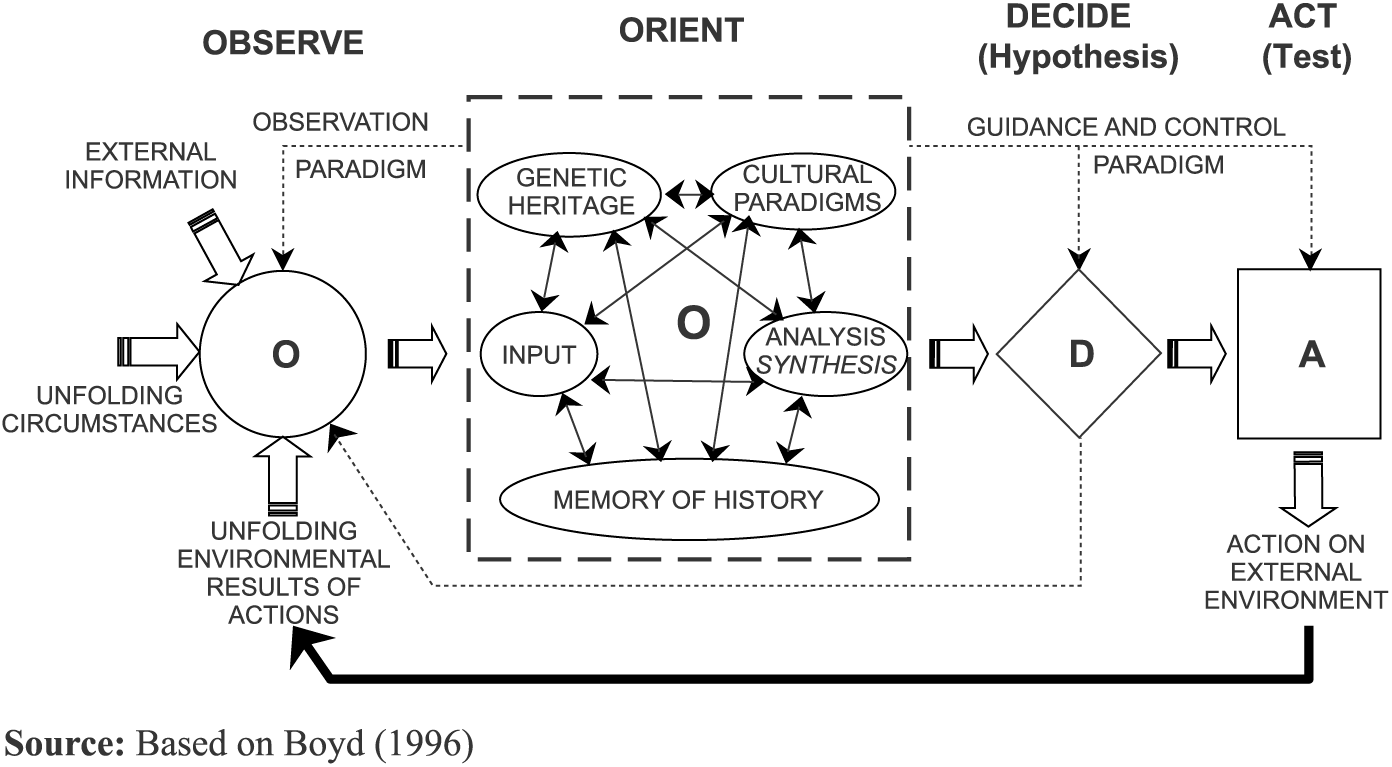