Qualified By God Means You Are Called To Act

Qualified By God Means You Are Called To Act

Now in these days prophets came down from Jerusalem to Antioch. And one of them named Agabus stood up and foretold by the Spirit that there would be a great famine over all the world (this took place in the days of Claudius). So the disciples determined, every one according to his ability, to send relief to the brothers living in Judea. And they did so, sending it to the elders by the hand of Barnabas and Saul.— Acts 11:27-30

So two interesting things happen in this text.

First, a believer named Agabus, a man with a prophetic gift, foretells of a worldwide famine, which did happen a few years later under the reign of Emperor Claudius. In fact, his reign was marked by a long series of crop failures in various parts of the empire in places like Judea, Rome, Egypt, and Greece. In any event, his prediction came true. And the believers in Antioch, before the event happened, began gathering collections for it in advance for Christians across the region of Judea. Eventually, when the famine hit, the collection was delivered to the elders in Jerusalem by Paul and Barnabas.

Second, you should also notice the subtle transition in the focus on leadership from the church in Jerusalem to Antioch. Over the coming chapters, this trend will continue. In the early days, the Jerusalem church was always the epicenter of focus. But now, the addition of Greek-speaking non-Jews leads to a massive increase in Gentile conversions. And these people bring a fresh new effort to the faith that is even more adventurous in new ways.

And there are two reasons I bring these details to your attention. The first is I believe Christians too often disqualify themselves. We assume we are not good enough, prepared enough, or gifted enough. And this is simply not true. If you are called by God, then you are qualified to lead. God calls and qualifies. And if you are called, you are qualified. I know that our enemy wants us to believe we can't, but take a look at Agabus. He is certainly new to the Christian faith and takes a risk with his spiritual gift. And his action stirs believers so much that they prepare in advance and, over many years, a tremendous act of generosity. All because a young believer did not disqualify himself. The second reason I mention these details is that some Christians wait too long to act because they think wrongly believe they need permission to act. Notice that Paul and Barnabas don't go back to Jerusalem to get permission to act. To some degree, they conceal what they are doing, only later to reveal it. And in the revelation of it, the church in Jerusalem is the recipient of an incredible gift and notable act of faith. And the lesson is this — if you are called to act, then just act. Don't wait. Because in godly action, God directs. If God calls you to do something, you should do it now, not sometime later, like when you retire! For in the action of faith, God will teach you, train you, build strategic partnerships and reveal his glory. But a man who never acts never enjoys these blessings.

So get out there today and act in faith. And then look up occasionally and see what God has done.

ASK THIS: What is God calling you to? (Share this below, I am excited to read what you share!)

DO THIS: Take a small action today.

PRAY THIS: God, you have been prompting me to act for a while. Today I am listening and acting. Lead me like you led Agabus. Provide partners like Paul and Barnabus. And may my actions lead to incredible acts of generosity that inspire others in the faith. 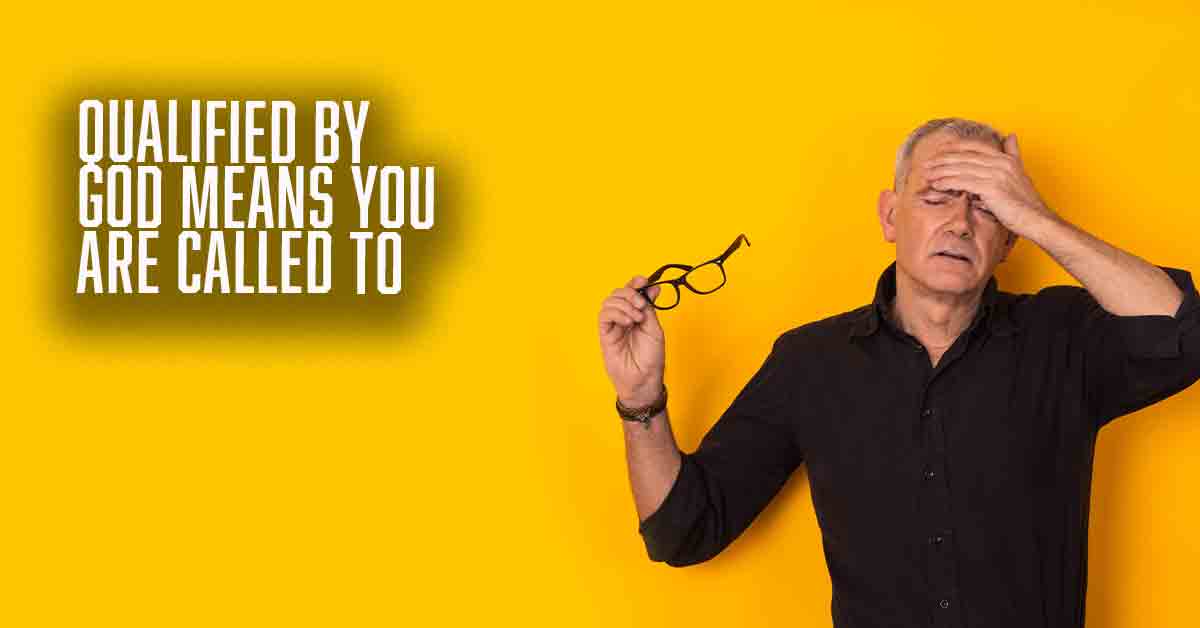