For God so loved the world, that he gave his only Son, that whoever believes in him should not perish but have eternal life.—John 3:16

I glorified you on earth, having accomplished the work that you gave me to do.—John 17:4

When Jesus had received the sour wine, he said, “It is finished,” and he bowed his head and gave up his spirit.—John 19:30

One way of distinguishing Christianity from every other religion, or even religious behavior in general, is the activity of “doing" with the motivation of "done.” Religious approaches to faith are more about following lists of do’s and don’t’s. Think of "doing" as check-listing activities that grade whether or not we have been comparatively good to bad. Religion seeks to measure if we have been good enough to earn God's grace for entrance into heaven. But the issue in this approach is that you never know when you’ve done enough. It’s like being an employee that understands he must work toward a goal, quota, or performance metric but is never being told what that goal, quota, or metric is. Sounds exhausting right? Yet the Christian life is not reduced to a simple list of do's an dont's—it is not an experience in religious behavior modification, although our responses should change along the way. The Christian journey is far more about what God has done for us rather than what we have done for God. Notice the past tense in all the statements above—"gave," "accomplished," and "finished." God did for us what we tried and failed to do for ourselves. Jesus, in the flesh, became perfect man, lived the perfect life we could never live, and died on the cross and rose again to pay for all of the sins we’ve committed or ever will. Jesus did what we could not do. And it's "finished." He accomplished the goal, quota, and metric—and you are a recipient of this grace. So live life well. Do good by all means, but not to earn favor with God, but rather out the motivation of "done," which means you get to live like a winner today.

DO THIS: Live as if it's finished, but motivated by love and grace.

PRAYER: God, I celebrate your victory. Thanks for doing for me what I could not do for myself. 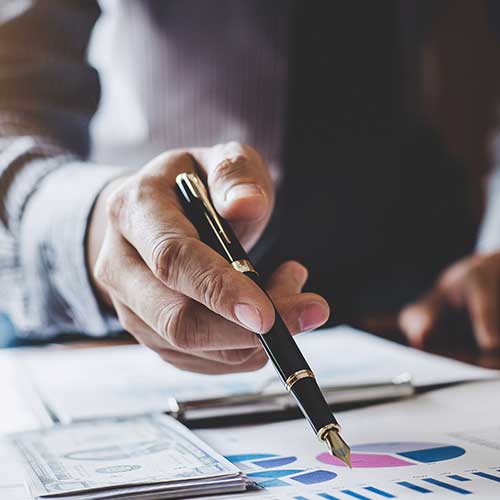