“Solitude is the furnace of transformation. Without solitude, we remain victims of our society and continue to be entangled in the illusions of the false self.”—Henri Nouwen

And he said to them, "Come away by yourselves to a desolate place and rest awhile." For many were coming and going, and they had no leisure even to eat.—Mark 6:31

We have little of it
If there is one thing that our society has mass deficiencies in its solitude. Solitude is being alone and quiet so that we can contemplate. It demands freedom from distractions by television, radio, devices, and other people. And it's in solitude that we withdraw from the noise of life, engage reflective thought, war with personal failure, explore future options, and find direction from God.

Maybe we're trying to avoid it?
Most of us don't like the quietness of solitude. We have grown accustomed to the noise that fills our souls, consumes our minds, and drives our behaviors. The static is not just coming from the devices we carry. It comes from the conversations, problems, meetings, sporting activities, and the flurry of family members traveling in competing directions all at the same time. Without knowing it, we have grown accustomed to the noise as if we need the stimulation. "Stimulation" not "solitude" is the theme that describes our lives.

Given the noise referenced above, why would we resist solitude, when it appears we might be craving it? Maybe it's because being alone and uninterrupted is terrifying. In absolute quietness, we are forced to view the infrastructure we have built in our life. In solitude, we are forced to face issues we struggle with and have to be honest about the state of our character, relationship, marriage, children, and work. In solitude, we encounter a God who wants to comfort and challenge us. In solitude, there is accountability with God who knows all and sees all. In solitude, our motives and desires are revealed, and we have to assess and evaluate them when the noise of the world allowed us to avoid them.

Yet a wise man is willing to look square in the eye of the infrastructure of their life rather than live with a lie. Great men are strong enough to withstand the silence and willing to confront the truth about themselves in the stillness of silence.

So what are the benefits of solitude?

One | In solitude, we are forged
No one wrote more eloquently on solitude than did Henri Nouwen. He said, "Solitude is the furnace of transformation. Without solitude, we remain victims of our society and continue to be entangled in the illusions of the false self." And why is this? Because in solitude, we face the facts about ourselves, not the persona we seek to project or the person that others see and tend to believe. Isolation thus terrifies most men because it is the retreat toward reality. But it simultaneously beckons us because it's the voyage to transformation. It frightens us to reflect on the truth about our sinful nature, desires, and behaviors, but it equally invites us to know God more deeply and follow Him more intimately. In solitude, lies we have wrongly believed are displayed, discovered, disputed, and dismissed, and when combined with the truth of Scripture, they are defeated. Solitude thus becomes the furnace that men who need being refined, forged, and sharpened.

Two | In solitude, we hear the voice of God
The Books of Kings has an intriguing encounter of man with God. Elijah, a prophet of God, beat up, discouraged, and exhausted and went to a remote place where he found refuge in a cave and sought God. Here is the account.

A "low whisper" is how God chooses to speak us, but how do we hear that whisper in the noise of life? We usually don't, and it is why we often don't believe that God is still speaking today. The fact is that he is, but we are often not able to hear him if you desire to hear God's "low whisper" get away and practice solitude.

Three | In solitude, we discover a divine relationship
"Be still, and know that I am God," declares Psalm 46:10. And it is in silence that we find the need for this "knowing." And knowing is not just an intellectual exchange; it is intimacy with God found in silent communication. Like the intimacy we discover as we lie with a son or daughter in bed as they begin to drift to sleep—this child longs for the safety of closeness that is not found in verbal communication or recreational stimulation. This type of intimacy is only found in being close to God in the practice solitude. For solitude is not about escaping to be alone, it's about escaping the noise to be alone "with God," which might appear to others as escapism. But it's not isolation from God, only isolation from the things of this world.

In fact, the more intense our lives, the more we need those times of solitude. This is not a "time out." Instead, it's a time to be "in." It's a "time in" with God. 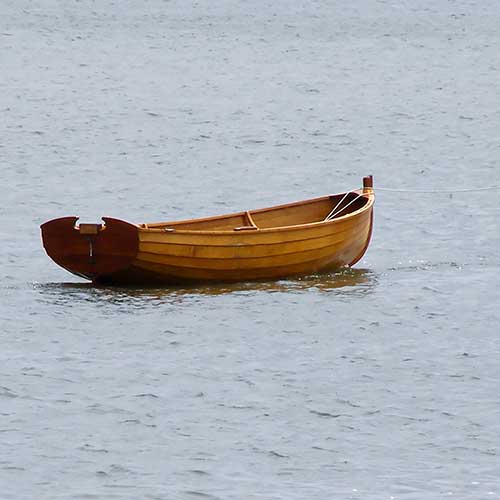