The Case For Easter

SUMMARY: Is it possible to disprove the resurrection of Jesus Christ? Well, many men have tried and failed at this task. Some have even been swayed by the overwhelming mound of evidence. In this Resolute Podcast, Vince Miller shares the evidence as presented by Lee Strobel, author of Case for Christ.

Today I had the opportunity to hear Lee Strobel, author of the classic book “Case for Christ” speak at a local church. He told the story of his conversion to faith as a self-absorbed skeptic who was a cynic of all things spiritual as a former editor at the Chicago Tribune. As a serious skeptic to the faith, he watched as his wife made a profession of faith soon after they were married. And in response to her decision, he set out to disprove the decision she had made by presenting evidence against the myth of Jesus Christ. Sounds like a wonderful person to be married to!

As a reporter, he focused his task focused on researching the evidence that focused on the single linchpin of the Christian faith – and of course, this is the resurrection of Jesus Christ. He understood, as many do, that the pivotal point of Christianity lies not in the life and death of Jesus Christ; but solely his resurrection. And he believed that if he could reasonably disprove this, he would be able to disapprove Christianity and perhaps sway his wife. Of course as many of us do know the end of the story, not only did he come to discover the overwhelming facts behind the resurrection, but he also came to discover that he himself must answer the most important question he would ever answer – Given the evidence, what do you, Lee Strobel do with Jesus Christ. What Strobel failed to realize is that many before him have followed the evidence trail in the same way and they too have come to the same conclusion. That Jesus Christ lived, died, and was resurrected from death. And as we know this attempt to disprove the resurrection, led to his own profession of faith and to major transformation for his family.

After many years of study, Strobel has reduced the case for Christ down to four convincing points. I thought his points were simple and logical and great for any young apologist that wants to explain the evidence for the resurrection of Jesus Christ. He presented four pieces of evidence with words that begin with the letter “E” which makes them easy to remember. So here are his four pieces of evidence:

1.     EVIDENCE ONE – Execution. So as we know you have to have died before you can have a resurrection. I know shocking! But Strobel made the point, that in regard to the death of Jesus Christ we have tons of evidence about his execution. We have evidence not only within the Bible about his death, but this is also testified by numerous outside ancient sources. Notable extra-biblical historians, like Josephus and Tacitus, write about the execution of Jesus Christ. We have descriptions of the death of Jesus also in the Talmud, which is the central text of Rabbinic Judaism, who are devote followers of God who do not believe in the divinity of Jesus Christ. And as a punctuation point even renown atheists, like Gerd Ludemann, agree that the evidence about the fact that Jesus Christ died by crucifixion is unanimous. So we have a mound of evidence for the execution.

2.     EVIDENCE TWO – Early accounts. Next Strobel noted that there are numerous early accounts that prove that the resurrection is not simply a legend. Strobel said that the sheer volume of early accounts decimate the claim that resurrection was a lie or that his followers were lunatics. He points to the early Christian creed as significant public evidence that cannot be ignored. Just like we cooperate with witnesses to an event, we cannot ignore the incredible volume of early accounts. He stated that early accounts include opponents of the faith who testify to Jesus Christ. Perhaps the most formidable being Saul of Tarsus, who was not only a verbal opponent as a devout Jew and Roman, but that he murdered Jews for their profession of faith in Jesus Christ. Roman, Jews, and Christ followers knew him as one of the most vindictive opponents of the faith of course until he witnesses the resurrection of Jesus Christ for himself on the road to Damascus. Why else would a man of this high standing, notoriety, wealth and education leave his life of ease to follow the faith of what some call “common and unintelligible” people? Saul of Tarsus became Paul the Apostle, and this man who was the greatest opponent of Jesus Christin became one of the most formidable proponents of the faith. Strobel specifically pointed out to us the obvious, which is why would Saul make this change unless of course, this was true? And to further substantiate this point, Strobel pointed out that most of these early accounts arise between the first 6 years of the resurrection. Which is further proof that this was not a later manufactured legend, but an event that was witnessed by real people? Strobel called this as a professional editor “historical gold.” He also added that “sometimes this is known to happen within two generations but never months unless of course, it is true.”

3.     EVIDENCE THREE – Empty Tomb. Strobel next point is that what we have on Easter morning is an empty tomb. It is sealed and guarded yet found empty. He notes that even the enemies of Jesus attest to the fact that the tomb was empty. The real question is how did it become empty? And keep in mind both Roman officials and Jewish officials would want to ensure that it was always guarded and occupied. He also stated that the disciples did not have a motive, means or opportunity and most of them were scared that the same would happen to them, so they hid out. So the big issue is that the tomb is empty and no one would want it otherwise nor have the means to do this. Also, it is important to note that nobody was ever recovered! This is serious evidence. So the questions will always remain because it was empty, and therefore we have to wrestle with never finding evidence that this who want to disprove Christianity desperately want.

4.     EVIDENCE FOUR – Eyewitnesses. In the end, Jesus appears in resurrected form on more than a dozen occasions and to over 515 people. He ate with, walked with, and talked with these people. Strobel stated we have about  9 sources of eye witness proof from inside and outside of the Bible. In addition to this, he said that 7 sources outside of the Bible accent the fact that disciples lived in deprivation and suffering because they had witnessed and pronounced this belief. And why? Well because gentlemen, they believed what they had seen. And these eyewitnesses are incredible proof. And remember do not be so quick to disprove these eyewitnesses, because if you do you will also disprove all of history which is corroborated by the same methodology even today.

Strobel’s response was to kneel privately and quietly on his bedroom floor after two years of searching for evidence against the resurrection and give his will and life to Jesus Christ. What is interesting is that we will answer this question. We can choose to answer it now or answer it later. But men we will all answer this question, and as we wrestle through the story of Easter we have to either choose to believe or choose to disbelieve. It is a choice we all have to make but a choice with eternal consequence. 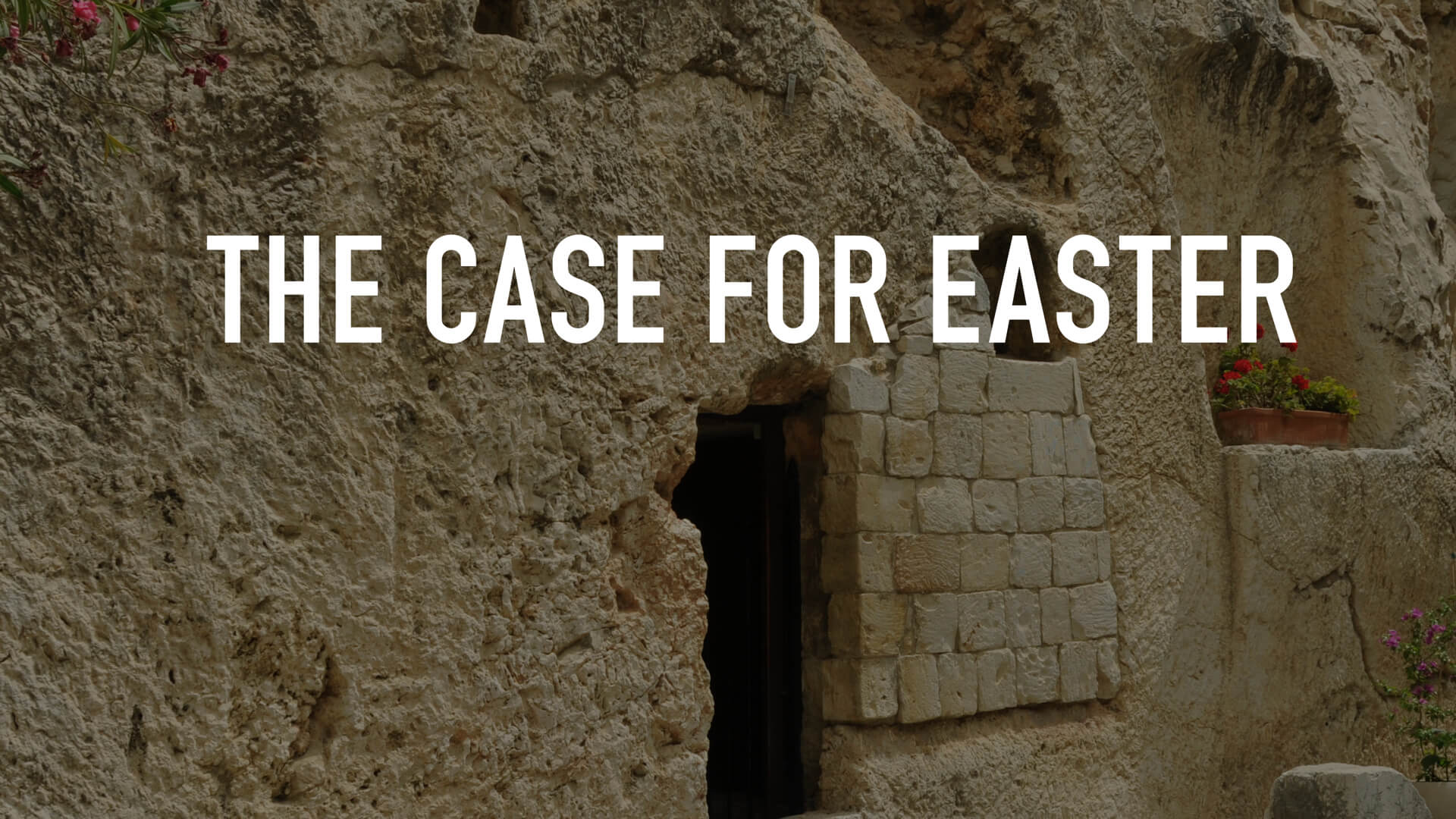