And the Lord restored the fortunes of Job, when he had prayed for his friends. And the Lord gave Job twice as much as he had before. Then came to him all his brothers and sisters and all who had known him before, and ate bread with him in his house. And they showed him sympathy and comforted him for all the evil that the Lord had brought upon him. And each of them gave him a piece of money and a ring of gold.

And the Lord blessed the latter days of Job more than his beginning. And he had 14,000 sheep, 6,000 camels, 1,000 yoke of oxen, and 1,000 female donkeys. He had also seven sons and three daughters. And he called the name of the first daughter Jemimah, and the name of the second Keziah, and the name of the third Keren-happuch. And in all the land there were no women so beautiful as Job's daughters. And their father gave them an inheritance among their brothers. And after this Job lived 140 years, and saw his sons, and his sons' sons, four generations. And Job died, an old man, and full of days. — Job 42:10-17

This is such a spectacular ending to a story of spectacular suffering. I really don't have much to add to what the author has written — except maybe this one thing. We have to remember that it's easy to get hypnotized by all the stuff we read about at the end of the story. But the story's point is that life is not about the stuff, whether we have it or not. It's only about one thing — God. It's about God, regardless of whether we live in want or plenty.

The apostle Paul said it this way:

Not that I am speaking of being in need, for I have learned in whatever situation I am to be content. I know how to be brought low, and I know how to abound. In any and every circumstance, I have learned the secret of facing plenty and hunger, abundance and need. I can do all things through him who strengthens me. — Phillippians 4:11-13

If you feel discontentment today, which you may, you may want to assess if this discontentment comes from being content with the wrong things. If it does, then turn from trusting in these things to trusting in God and his strength. Because God's strength is strong enough to do all things. It was for Job. It did for Paul. And it will do the same for you.

ASK THIS: In what are you trying to find your contentment? (Share it in the comments below)

DO THIS: Be content in God. He is strong.

PLAY THIS: Even If. 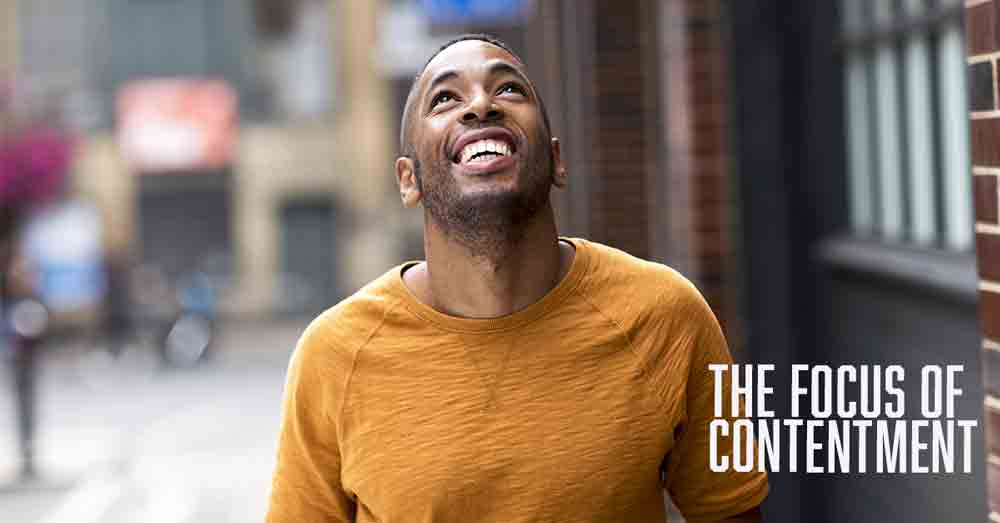 10 thoughts on “The Focus of Contentment”