The Impact of a Biblical Mentor

The Impact of a Biblical Mentor

Paul and Timothy shared a deep friendship and a productive partnership in the faith. Several passages of Scripture in the New Testament bear witness to the evolution of their relationship. It was a relationship that resulted in significant spiritual impact, one that advanced the gospel from mentor to protege. Here is the progression and impact.

One | Fathering in the Faith

“To Timothy, my true child in the faith: Grace, mercy, and peace from God the Father and Christ Jesus our Lord.” (1 Timothy 1:2)

Timothy’s father was Greek, and his mother, Eunice, was a Jew who later decided to follow Jesus. Her mother Lois, Timothy’s grandmother, also came to know the Lord—scholars believe both women were converted during Paul’s first visit to their home city of Lystra (Acts 14). The influence of these two women in Timothy’s life laid a strong foundation for what was to come later, as Paul himself noted: “…from childhood you have been acquainted with the sacred writings, which are able to make you wise for salvation through faith in Christ Jesus.” (2 Tim. 3:15)

It was right after he began his second missionary journey that Paul met Timothy and, upon the recommendation of several church leaders in Lystra, invited him to accompany him on his travels. From the very start, Paul is attentively and spiritually “parenting” Timothy. He brought Timothy alongside him to share in his day-to-day experiences; essentially, the two men “did life together” for several years, as Timothy was heavily involved in Paul’s subsequent missionary journeys, as well.

Paul was about 15 years older than Timothy, and it was apparent that he took the responsibility of being a role model of faith for the younger man seriously; but the two men also shared a genuine affection for each other, forged in day-to-day, real events. Timothy was observing Paul’s character and conduct in all kinds of circumstances, and in the process, the seeds his mentor planted began to sprout tangible, valuable fruit. Paul came to trust Timothy implicitly, and would send him as his emissary when needed, confident of the reception he would receive: “But you know Timothy’s proven worth, how as a son with a father he has served with me in the gospel.” (Philippians 2:22)

Two | Following in the Faith

“You, however, have followed my teaching, my conduct, my aim in life, my faith, my patience, my love, my steadfastness, my persecutions and sufferings that happened to me at Antioch, at Iconium, and at Lystra – which persecutions I endured; yet from them all the Lord rescued me.” (2 Timothy 3:10-11)

Throughout the years, as the friendship between Paul and Timothy evolved, the two shared both highs (seeing many come to Christ and the growth of new churches) and lows (illness, physical dangers, persecutions, Paul’s imprisonment). They became partners in sharing the gospel, and God used their collaboration to accomplish much toward building His kingdom. The Bible indicates Timothy was directly involved in the ministry of at least five New Testament churches (I Thessalonians 3; 1 Corinthians 4; Philippians 2; Acts 17; I Timothy 3). Their travels took them far and wide, from Rome, throughout Macedonia, all over Asia, and to Jerusalem.

Three | Fellow-working in the Faith

“Timothy, my fellow worker, greets you; so do Lucius and Jason and Sosipater, my kinsmen.” (Romans 16:21)

From son, to student, to peer and fellow laborer in service to the Kingdom, Timothy made measurable, visible progress becoming a strong man of God. But it didn’t just happen. By intentionally pouring time and effort into Timothy, Paul followed the example Jesus modeled with each of His disciples, investing in the relationship with a purpose. Ephesians 4 makes it clear that Jesus always sought to develop the God-given potential of those He was teaching and leading. “He who descended is the one who also ascended far above all the heavens, that he might fill all things. And he gave the apostles, the prophets, the evangelists, the shepherds and teachers, to equip the saints for the work of ministry, for building up the body of Christ, until we all attain to the unity of the faith and of the knowledge of the Son of God, to mature manhood, to the measure of the stature of the fullness of Christ…” (Ephesians 4:10-13)

We are called to become more like Jesus – and to encourage others to do the same – that we all will be able to use our God-given gifts and abilities for their God-given purpose. When he saw the end of his life on earth drawing near, Paul “passed his mantle” of ministry on to the person he knew would continue the ministry of the good news of Christ. “I charge you in the presence of God and of Christ Jesus, who is to judge the living and the dead, and by his appearing and his kingdom: preach the word; be ready in season and out of season; reprove, rebuke, and exhort, with complete patience and teaching.” (2 Timothy 4:1-2) He had experienced great joy and rewards in helping someone become the person God intended him to be – and so will we if we do the same purposefully.

“Therefore encourage one another and build one another up, just as you are doing.” (I Thess. 5:11) 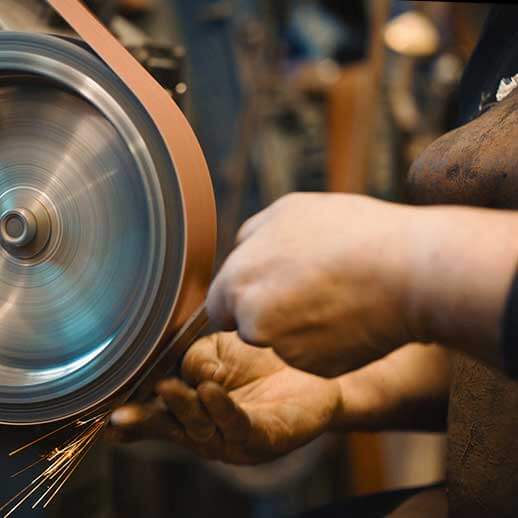