They Are Poisoning Your Mind

They Are Poisoning Your Mind

Now at Iconium they entered together into the Jewish synagogue and spoke in such a way that a great number of both Jews and Greeks believed. But the unbelieving Jews stirred up the Gentiles and poisoned their minds against the brothers. So they remained for a long time, speaking boldly for the Lord, who bore witness to the word of his grace, granting signs and wonders to be done by their hands. But the people of the city were divided; some sided with the Jews and some with the apostles. When an attempt was made by both Gentiles and Jews, with their rulers, to mistreat them and to stone them, they learned of it and fled to Lystra and Derbe, cities of Lycaonia, and to the surrounding country, and there they continued to preach the gospel. — Acts 14:1-7

Here Paul and Barnabas travel 90 miles south from Antioch to Iconium. And they do what they did last time. They head straight to the synagogue, which was their practice in just about every town. This was the most logical approach given Paul's former status with Jews and that the message of Christ was intended to be first preached to the Jews. They hope that they can reach some Jews in every synagogue and with them non-Jews along the way. And we see in Iconium the reception is a little better than in Antioch.

But, as always, some resisted and thus "poisoned their minds against the brothers."

I think this is important to emphasize here because wars are not only fought with weapons but with words. And the unbelieving Jews understood that the power of messaging and propaganda against people. This was the weapon of choice within the Roman empire. Jewish religious leaders weaponized their words against Jesus, which resulted in his death. And now they turn their attention to Paul and Barnabas. And clearly, this was done intentionally to be slanderous and malicious. It was done to damage the reputation and character of Paul and Barnabas to sway the perception of the Jews and Gentiles about them. And this negative propaganda was powerful enough it was going to drive them out of town.

This is the war we fight today. Mind you. We are presently at war. But it's not like the wars of the past. This one is predominantly a war of words, messaging, and information. It is incited with words by antagonists who oppose the truth. They use words to sway belief, to garner support, to shift the narrative, to persuade an agenda, to elicit fear, to destroy foundational biblical beliefs, to indoctrinate unsuspecting minds, to incite hatred against the truth. And when the opposition cannot win an argument by being truthful, they will demonize the person. And when demonization ceases to work, the only step left is a physical attack.

But notice how a man of faith responds! He "remains" in it, he continues to "speak boldly," he stays with a message and words of "grace" to his opposition, and then God puts his stamp of approval on it with "signs and wonders."

We are right on the precipice today of physical persecution in this country for being a Christian. And you don't have to be a prophet to see this coming. But you know what we need to do? We need to do exactly what Paul and Barnabas did in the divided town of Iconium. Stay in it. Speak boldly. Spread a message of God's grace even when they demonize you. And get ready. God might perform signs and wonders with you and through you as His seal of approval so that a few more might believe.

ASK THIS: What lie is God calling you to speak boldly against?

DO THIS: Stay in it, and speak God's grace with boldness.

PRAY THIS: God, I need your supernatural support to speak more body for the truth of the Gospel. Could you teach me how to do this grace? Allow me to do this today with thousands of other men across this nation and world. 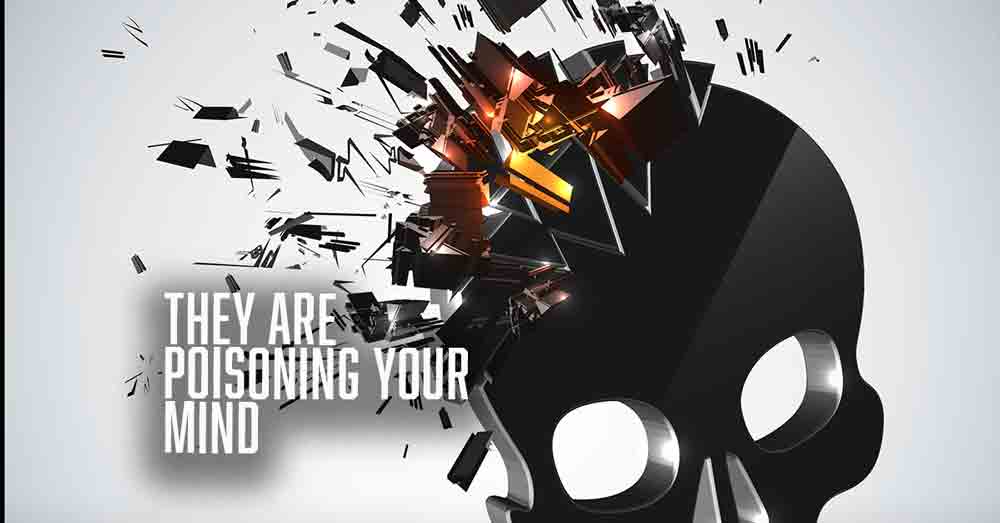 3 thoughts on “They Are Poisoning Your Mind”