For though we walk in the flesh, we are not waging war according to the flesh. For the weapons of our warfare are not of the flesh but have divine power to destroy strongholds. We destroy arguments and every lofty opinion raised against the knowledge of God, and take every thought captive to obey Christ

Men, our minds are a battlefield.  Have you ever disqualified your ability to do something challenging? The moment a man says, "I can't." is the moment of defeat. Actions follow thoughts. Remember that Satan has already lost and we are fighting from a position of victory, not for victory. His scheme against us is to disrupt our thinking.

The fact is that God chooses to involve men in meaningful work. And not only that, He seeks out men who are willing to stand in the gap! In Ezekiel 22:30 we hear this expressed by God in this way, "I looked for someone among them who would build up the wall and stand before me in the gap on behalf of the land so I would not have to destroy it, but I found no one." One willing man was wanted by God. That is the truth. Keep the truth in mind and take the lies captive. The battle for every man's action begins and ends in the mind.

DO THIS TODAY: Think obediently and stop disqualifying yourself from following God's call. 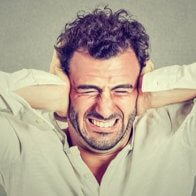