“It's not all the bad things men are doing that are the issue, the issue is that we need to build better men.”—Vince Miller

When we talk about men, what are we even talking about?

When we use terms like manliness, maleness, or masculinity, do we have a shared understanding of what these words mean? A man’s biological descriptor is male, and the male sex has certain biological features. Masculinity is a set of attributes, behaviors, and roles generally associated with men based on the culture. Therefore, different cultures have a distinct set of attributes in mind when speaking of masculinity. Traits we westerners often associate with masculinity include strength, courage, self-reliance, and adventurousness.

And now a new term has recently entered our social consciousness: “toxic masculinity.” This buzz phrase is a reference to hyper-negative stereotypical traits in men. Often these traits have masculine roots yet are expressed in extremes. They take on an aggressive state that can harm other people—often women. For example, to describe men who are overly aggressive and therefore “toxic,” we use terminology like “alpha-male” (for the over-dominant male), “machismo” (for uncontrollable sexual appetite), and “male chauvinist” (for someone who views himself as superior to women). You will note these so-called toxic behaviors are based on false beliefs, misuses of power, and hubris. Pop media loves to showcase these negative examples on the nightly news, while movie producers love to showcase their appeal in male-dominant action-adventure films. Bombarded by these negative stereotypes, we may begin to wonder if there is something inherently corrupt within masculinity. But we must bear in mind that these examples merely provide evidence that some men misunderstand leadership and masculinity; we should look elsewhere for representations of authentic manhood and masculinity.

The A.P.A., like everyone else, is trying to figure it out.

In a recent 36-page article, the American Psychology Association suggests ten guidelines for counseling boys and men. These guidelines are meant to direct and counsel men toward a healthy future.

After reading this article in its entirety, I found the A.P.A.’s position to be carefully considered and thoughtful of men. I appreciate their assertion that masculinity is impacted by culture and that we should examine this impact for the benefit and health of men. When masculinity is corrupted, men suffer. We tend to focus our sympathy on the people affected by the resultant negative behavior, and they deserve our support, but men stuck in destructive mindsets also need healing. This informs the A.P.A.’s perspective as they seek out the optimal way to promote health for men in a counseling setting. Their list of guidelines shows a hopeful, positive view of the male identity; there are obstacles to healthy masculinity, but masculinity itself is not an underlying problem. The A.P.A created a similar list some years ago for women; men are just now getting the attention. We need positive discussions of healthy masculinity, and we should be developing positive constructs of masculinity.

Even razor marketing wants in on the action.

But the A.P.A. is not the only one who wants in on this conversation. It seems Gillette feels there is something to talk about here—or maybe leverage to secure. They did after all get tens of millions of hits on their commercial entitled “The Best Men Can Be.” Just about 30 years ago they launched their “The Best A Man Can Get” tagline. This short 2-minute commercial encourages men to become “The Best A Man Can Be.” It is promoting men to build a new legacy of masculinity and encourages adult men to teach young men a new way and become the best a man can be (watch the video). And with all the attention it has received, it appears the message resonates in businesses that market to men. Of course, you have to remember Gillette is trying to sell razors in a market where Harry's and Dollar Shave Club has gained market traction in recent years. But the message of the commercial was powerful enough it sparked a conversation. And it was positive! We should embrace all opportunities to hold a positive discussion about the potential of men.

Men have issues that need to be addressed.

We know that abuse, rape, sex slavery, domestic abuse, violence, and pornography are propagated and supported predominantly by men. Let's call them men’s issues. Too often we put bandages on these symptoms rather than address the deeper issues in men that led to immoral or criminal behavior. For example, a couple of years ago I attended a fundraiser for The Dwelling Place, a Twin Cities-based shelter for abused women; the keynote speaker was the founder of a local counseling practice. He said, “Let’s be clear that what we have come to support today are a ministry and organization, but this is not a woman’s issue—it’s a men’s issue.” And he was spot on. We have to agree there are destructive things men do and have done that have had an impact on the world—such vast ramifications that there are industries, ministries, and organizations devoted to repairing the damage we have perpetuated. So building a positive message that attempts to build a case for better men is a path worth pursuing.

But can gender be toxic?

As a Christian, I believe sin is toxic. And I believe it has an equal impact on men and women alike. And I do think men and women have general tendencies within their gender to manifest this sin a little differently. In extreme forms, it can have a toxic impact, which has cultural and generational implications. But I don’t think that branding either gender as “toxic” is helpful, despite the play it is getting right now. People are using #toxicmasculinity and #toxicmen to advocate for their agendas and political positions; right or wrong, I think this phrase is going to stick for a while. But I don’t prefer it. I don’t want to define myself as merely “not toxic.” To some degree, men are to blame for not finding ways to rebrand our masculinity in the current cultural season. But I believe the issue is not merely a masculinity issue, but issues with our underlying character that manifests itself in a masculine way. For example, we sometimes in an effort to “show strength” that we call masculine, will resort to degrading, putting down, or making sexist remarks. And this portrays masculinity in an unfavorable light. And it’s done unfairly and inappropriately. But men are not “toxic” and so I think branding men in this way is wrong. It interferes with the healthy conversation we need to have about sinful attitudes and behavior. Instead of denigrating each other, we need to find common ground and agree that there’s a problem. So as men, let’s humbly admit this and move forward.

So how do we confront the unbridled male ego?

How should we respond when light is shone on bad male behavior? Our cultural impulse is to counter aggression with aggression. We attack the alpha-male by shaming him for his machismo attitude and chauvinistic behaviors. We aim to beat down the male ego, which our culture has determined is universally bad. Unfortunately, this can be very self-defeating for men. Yes, excessive pride is unhealthy, but the opposite extreme of self-loathing is just as damaging. We need to encourage men to embrace humility without outright humiliating them. If we continue down this latter path, it’s going to have implications on men into the future. Perhaps men don’t say it, but we like to pretend that our egos are impenetrable and impervious to harm—this could not be further from the truth. We are actually more fragile than we let on—well, some of us. I’m not ashamed to admit that I don’t want to be beaten down publicly by anyone.

But again, I don’t think the real problem is all the bad things that men are doing; what we should focus on is the process of building better men. Men who don’t denounce their masculinity but embrace Christlike manhood. Men who know what it means to truly be God’s man. I think men, by nature of recent changes in the family, society, and church, are becoming more detached from what healthy masculinity means yet want to understand. With fatherlessness so rampant, families so busy, and men so detached from traditional rites of passage, the western male is longing to uncover his masculinity. A masculinity that reveals manliness at the character level. One that brings the best out of everyone, male and female, young and old alike. One that honors the covenant of marriage. One that respects authority and government. One that stands against injustice in a way that serves others, not self. One that sacrifices, loves, forgives, and extends grace.

After some study of Jesus’ life and teaching, here are nine attributes I have found that Jesus demonstrated as God’s man. While not exhaustive, a partial list is a good starting point. Based on Jesus’ example, we can be confident that these character traits will bring out godliness and masculinity in our own lives.

As a Christ follower, this is what I love about Christ: He was a man who modeled masculinity and revolutionized culture. He did not demonize men; he worked to build better men—as seen through his ministry with the twelve disciples. With training and mentorship, Jesus invested 22 months in these guys and showed them a better way to live life. A way that was better and superseded culture. A way that at times defied cultural and religious customs and challenged legal authorities. But Jesus always did this in ways that respected God. Jesus’ life and ministry to his twelve disciples demonstrate that you can be born male, but you must become a man. And the man I long to be is God’s man, according to the design modeled by his Son, Jesus Christ. 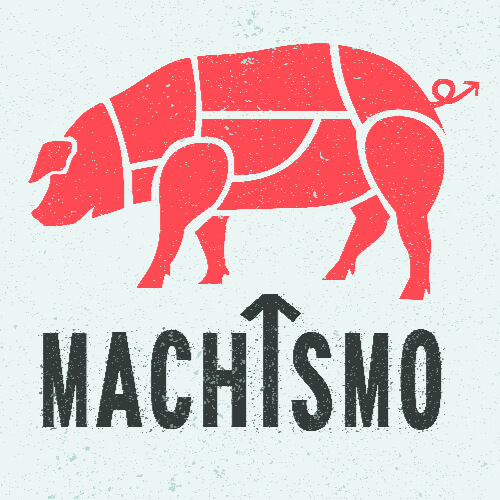