We have no government armed with power capable of contending with human passions unbridled by morality and religion. Avarice, ambition, revenge or gallantry would break the strongest cords of our Constitution as a whale goes through a net.—John Adams

There is no human institution with the strength, power, and ability to moderate that which is as wild as a man's passions. The power of passion can be a force for good and evil. And while governments will attempt to restrain it, this will never be. God designed a man's passions with such power that the force of one man has the potential to push through that which appears impossible. Just consider a few men who did what seems to be humanly impossible. Who could retrain them and their passion? George Hood who planked for an hour and a half. Manny Pacquiao who holds 8-Division World Boxing Championships and is a 10-World Titles. And finally, Alex Honnold who climbed the Yosemite Triple Crown solo. But there is warning here from John Adams—this passion "unbridled by morality and religion" can be devasting. An ungoverned man has devasting consequences. Hilter. Stalin. Vlad. Hussein. Each ungoverned lived with passion in the wrong direction.

The good thing is a man in submission to the Lord is governed by a Spirit that results in freedom. Directed by the most significant spiritual force available, the Holy Spirit, this man's morality is guided by character and conscience that is seared and sensitive. He is a subject to the divine guidance of morality and religion that needs to human government. This man's will is to do that which God determines as holy and righteous. And behind this man is a tremendous force for good in the world.

But the fruit of the Spirit is love, joy, peace, patience, kindness, goodness, faithfulness, gentleness, self-control; against such things there is no law.—Galatians 5:22-23

But you will receive power when the Holy Spirit has come upon you, and you will be my witnesses in Jerusalem and in all Judea and Samaria, and to the end of the earth.—Acts 1:8

DO THIS: Be unstoppable today in the power of the Holy Spirit.

PRAYER: God, show me the power of what lies within me when I am seared and sensitive to the Holy Spirit. 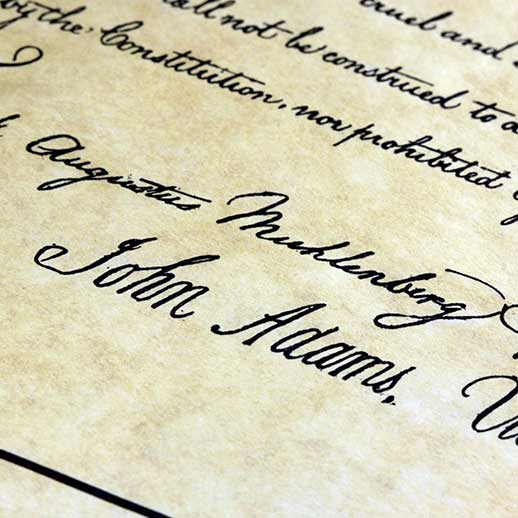