"These all died in faith, not having received the things promised, but having seen them and greeted them from afar, and having acknowledged that they were strangers and exiles on the earth.”—Hebrews 11:13

Life is never simple. We all face challenges, discouragement, and even suffering due to the wrongdoing of others. Sometimes this suffering is deliberate and other times accidental. But either way, we suffer. We are victims of broken people in a broken world. And the great men of Hebrews 11 were no different. Their circumstances were no different from yours—but they lived differently and were number with those called the "Giants of Faith." These men lived not as victims, but as victors. Through faith, they struggled, fought, and clawed—even when betrayed, let down, beat up, and forgotten. They embrace two things. Two essentials. Two prerequisites of victors. First, they "fixed their eyes on the things promised." Second, they "acknowledged their temporary status and imminent suffering." Knowing these two things, they discovered a treasure that most fail to uncover—victory in Christ, over the circumstances of life

DO THIS: Fix your eyes and acknowledge your status.

PRAYER: God, help me see beyond the suffering, beyond the present. Give me the power to live for something higher than what I presently see as true and real. 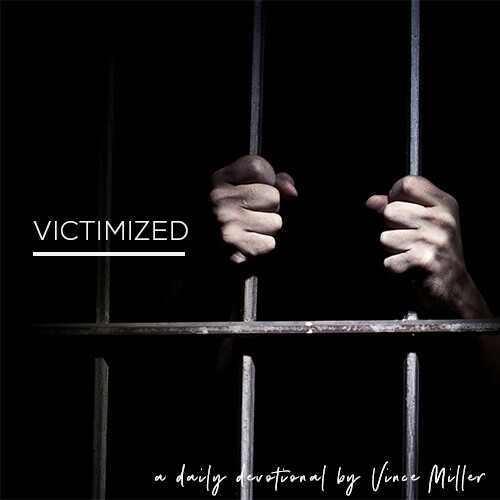