When A Great Friendship Ends

When A Great Friendship Ends

Four things great friends do even when it does not last forever.

“The pain of parting is nothing to the joy of meeting again.”—Charles Dickens

When people think of the friendship between Paul and Barnabas, their thoughts often turn immediately to the sad break up between these two friends. The rift, of course, occurred when Barnabas proposed that his cousin Mark accompany them on their second missionary journey, but Paul opposed the idea. Their falling out was painful, and significant in part because of how deep their bond had been. They had been the best of friends and brothers.

Four things we learn about the friendship between Paul and Barnabas.

Friends champion each other.

“And when he (Paul) had come to Jerusalem, he attempted to join the disciples. And they were all afraid of him, for they did not believe that he was a disciple. But Barnabas took him and brought him to the apostles and declared to them how on the road he had seen the Lord, who spoke to him, and how at Damascus he had preached boldly in the name of Jesus.” (Acts 9:26-27)

One can understand why the apostles were suspicious of Paul at first. After all, before his conversion, he had been a cruel persecutor of Christ-followers. But Barnabas believed that Paul’s newfound devotion to Jesus and his zeal for the gospel were genuine. So he championed for Paul, and because so many looked up to Barnabas, many Christian men listened. Indeed, through much of Luke’s account in the first half of the Book of Acts, Paul and Barnabas were inseparable. Reading between the lines, it would even seem that Barnabas played a massive role in mentoring Paul and developing his spiritual life as their friendship took root and grew.

Friends partner in mission and adventure.

“While they (prophets and teachers in the church at Antioch) were worshiping the Lord and fasting, the Holy Spirit said, ‘Set apart for me Barnabas and Saul (Paul) for the work to which I have called them.’ Then after fasting and praying they laid their hands on them and sent them off.” (Acts 13:2-3)

Paul and Barnabas made quite a team during what we have come to call Paul’s first missionary journey, effectively communicating the gospel to audiences from the port city of Antioch, to the island of Cyprus (Barnabas’ home), to Asia Minor and beyond. They apparently played off of each other well, Paul an engaging speaker and Barnabas a born encourager (his name means “exhorter” and “comforter”). They knew each other’s strengths and allowed these strengths to shine. Along the way, they encountered — and by the Holy Spirit’s power defeated — an evil sorcerer, performed miracles of healing, and at one point were even mistaken for Greek gods. The response to their message and their chemistry as friends and colleagues was hugely positive — though some among their Jewish listeners were becoming a bit unnerved.

Friends see each other through adversity.

“…it has seemed good to us, having come to one accord, to choose men and send them to you with our beloved Barnabas and Paul, men who have risked their lives for the name of our Lord Jesus Christ.” (Acts 15:25-26)

In this excerpt from a letter to Gentile believers from the Jerusalem Council, Paul and Barnabas are acknowledged as “men who have risked their lives for the name of our Lord Jesus Christ.” The duo’s encounters with the opposition during the first missionary journey were sometimes frightening, to say the least — Paul was even stoned and left for dead when they were in Lystra. But in an early demonstration of “no man left behind,” Paul was rescued, and the pair hightailed it to Derbe. The point is, friends have each other’s backs. They’re willing to face risky, even life-threatening, ventures as a team because they know they’re in it together.

Friends weather their conflicts and move on.

“And after some days Paul said to Barnabas, ‘Let us return and visit the brothers in every city where we proclaimed the word of the Lord, and see how they are.’ Now Barnabas wanted to take with them John called Mark. But Paul thought best not to take with them one who had withdrawn from them in Pamphylia and had not gone with them to the work. And there arose a sharp disagreement, so that they separated from each other. Barnabas took Mark with him and sailed away to Cyprus, but Paul chose Silas and departed, having been commended by the brothers to the grace of the Lord. And he went through Syria and Cilicia, strengthening the churches.” (Acts 15:36-41)

This is tough, guys. Heartbreaking. But let’s make a couple of critical observations. First, the dispute between Paul and Barnabas was not about doctrine. They remained united on the gospel message and teachings of Christ they shared throughout the land. And second, they did not allow their disagreement to deter them from their mission — both went on to follow through on the work they’d committed themselves to complete. Nor is there any evidence that they bad-mouthed one another after going their separate ways. In fact, there is some indication that they eventually reconciled (see 1 Corinthians 9:6).

The truth is that conflict is inevitable even in the healthiest of relationships. It’s a fact of life and certainly should never dissuade us from pursuing friendships with other brothers in the Lord. When conflict happens, we should strive not to let our tempers control our speech, and we must always seek reconciliation. In the meantime, let’s take a cue from Paul and Barnabas and cheer each other on, partner with each other for the cause of Christ, and leave no man behind. 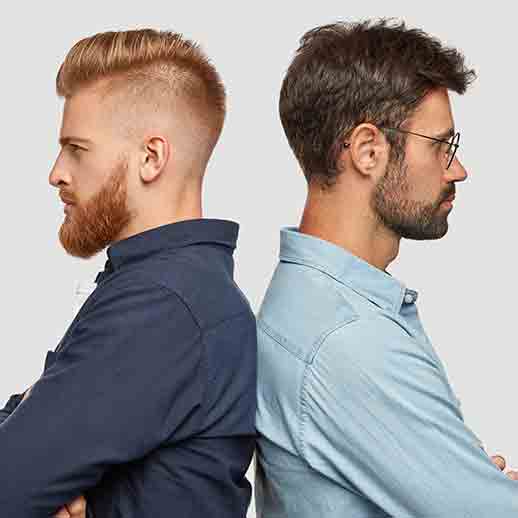