When Others Force You To Do It Their Way

When Others Force You To Do It Their Way

The apostles and the elders were gathered together to consider this matter. And after there had been much debate, Peter stood up and said to them, "Brothers, you know that in the early days God made a choice among you, that by my mouth the Gentiles should hear the word of the gospel and believe. And God, who knows the heart, bore witness to them, by giving them the Holy Spirit just as he did to us, and he made no distinction between us and them, having cleansed their hearts by faith. Now, therefore, why are you putting God to the test by placing a yoke on the neck of the disciples that neither our fathers nor we have been able to bear? But we believe that we will be saved through the grace of the Lord Jesus, just as they will."— Acts 15:6-11

So Peter should speak first. And what Peter does is recall the historical events over the last decade. Peter draws attention to the inaugural inclusion of Cornelius. And then recalls the coming of the Holy Spirit on those in the region of Samaria and beyond. But then Peter gets a little pointed at this conference, with a question that puts the opposition to the test. But it's really not a question. It's an indictment of their position. He says, "Why are you putting God to the test by placing a yoke on the neck of the disciples that neither our fathers nor we have been able to bear?" And with this indictment, Peter clarifies that the move toward mandating circumcision was motivated around their need to maintain their favored place among the non-believing Jews and Pharisees.

So here's the rub. The people who present the argument for circumcision of Gentiles are "believing Jews." And Peter knows that they are presenting this mandate, not because they care about the salvation of Gentiles, but because they care about maintaining their standing with non-believing Jews in Jerusalem. So you see the motivation here. It's self-concern. And Peter calls this out. And then draws attention to the real means of salvation — circumcision of the heart by the Lord's grace. Nothing else.

This same issue is happening all over our country and world today. Out of self-concern, groups, organizations, and companies require individuals under their leadership to abide by specific rules and regulations under the guise that it is best for all people. And while they are free to do this in their organization, we, as believers, are also free to remove ourselves from this environment of indoctrination. In addition, as Peter points out here, this practice should never enter the church. In God's church, the rite of passage has been provided. It's grace. Grace provided by Christ and what he did, and not by what we do. And while some are tempted to add to this grace employing our standards stirred by a selfish motivation to entice people to consent to our beliefs, this should never be. And yet, this does not mean we are absolved from doing good things, just that our good things do no good to put us in right standing with God. Therefore circumcision, or any other activity for that matter, is never good enough. Only Christ is good enough.

So live in freedom today in your relationship with Christ. He has set you free. He has no other human requirement other than faith in his grace. And doesn't that sound good in a world that is requiring so much for us to be accepted?

ASK THIS: What are you doing to be accepted by God? (Share below.)

DO THIS: Accept his grace — unmerited favor!

PRAY THIS: God, I am setting it all aside for you! 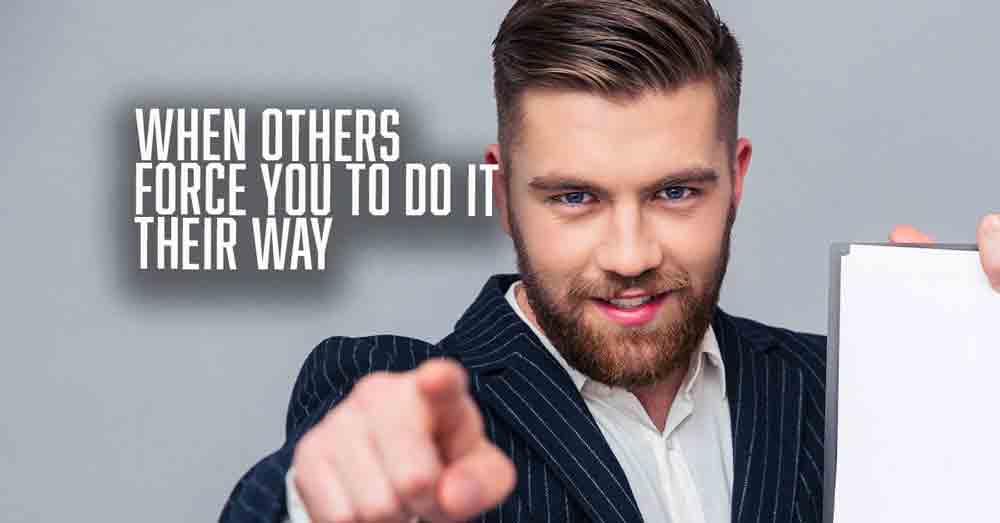