When Silas and Timothy arrived from Macedonia, Paul was occupied with the word, testifying to the Jews that the Christ was Jesus. And when they opposed and reviled him, he shook out his garments and said to them, “Your blood be on your own heads! I am innocent. From now on I will go to the Gentiles.” And he left there and went to the house of a man named Titius Justus, a worshiper of God. His house was next door to the synagogue. Crispus, the ruler of the synagogue, believed in the Lord, together with his entire household. And many of the Corinthians hearing Paul believed and were baptized. And the Lord said to Paul one night in a vision, “Do not be afraid, but go on speaking and do not be silent, for I am with you, and no one will attack you to harm you, for I have many in this city who are my people.” And he stayed a year and six months, teaching the word of God among them. — Acts 18:5-11

The stamina of Paul is incredible. I cannot imagine what it would be like to continue to preach and experience rejection day after day by your own people. Remember, Paul’s witness is being rejected mainly by those who share the same heritage as him. But despite his heritage, education, and determination, his people continue to reject him. And in Corinth, it appears that he is going to quit on them. But actually, he doesn’t. In his frustration, he goes next door. Literally next door to the house of Titus, who becomes a long-time good friend. And from Titus’s house Crispus, the leader at the synagogue next door, becomes a follower of Jesus Christ.

I don’t know about you, but there are moments every year I want to hang up my hat and be done. And I bet you have these moments too. But often, right at that moment, something happens. Someone sends an email. Someone calls and prays. Someone takes me out to lunch. Or someone shares a testimony that lifts my spirits just enough to keep me moving forward.

And that’s what happens to Paul. God sends four encouragements to him. First, a Greek brother who provides a strategic location. Second, the conversion of a Jewish leader who would help him with the advancement of the Gospel. Third, reconnection with traveling brothers that traveled from Macedonia to be with him. And fourth, a vision of comfort directly from God that communicated the one thing he needed to hear from God at that moment — “Don’t give up.”

I don’t know if you feel like quitting today. Giving up on a job, marriage, friendship, relationship, or even a battle with sin. But I do know this, if you do, you might regret it. Because right when you feel like giving up, God often provides encouragement. So today, instead of quitting, look around and up for divine encouragement. It might be heading your way.

ASK THIS: Where do you need encouragement today? (Share it below, and let a brother encourage you).

DO THIS: Look for God’s encouragement.

PRAY THIS: God, I need you to encourage me.

PLAY THIS: Don’t Give Up — Calling Glory. 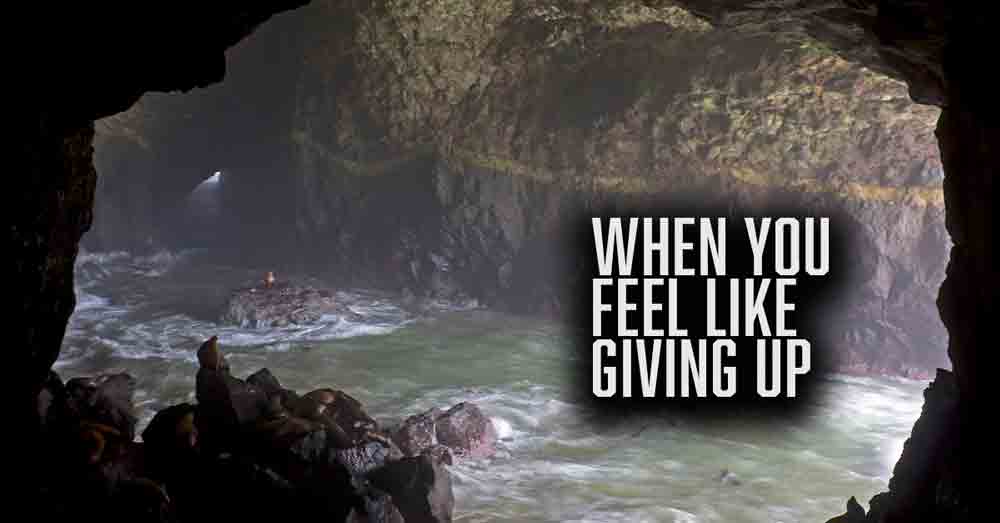