When You Keep Hitting The Crossbars

When You Keep Hitting The Crossbars

"For I have the desire to do what is right, but not the ability to carry it out.” Romans 7:18

Cody Parkey, in an incredible NFC Wild Card Playoff game, left the turf on Sunday night with a shocking feeling of loss. Iced by the Philadelphia Eagles in his first field goal attempt, he was left to consider one more final 43-yard attempt to take the Chicago Bears to victory and into the next round. It was the moment of which boys dream. "Fourth and goal, behind by one, seconds ticking off the clock, with a three-point attempt to win the game." At this moment all eyes are locked on Parkey as the ball lifts from the ground only to drift and strike the crossbar, not once, but twice. For Eagles fans and Bear's hatters, it was a victory and advancement into the next round of playoffs. But for men everywhere, it's a moment of reflection on our many failures. For at some point you will face your futility - just like Parkey you will eventually encounter this truth, you "have the desire to do what is right, but not the ability to carry it out."

Have you been here? Are you there now? Keep hope, my brother.

And don't relish in another man's loss, for you will experience it too. It's guaranteed. It's a truth. It's a law. You may not experience it on prime-time television, before 60,000 fans, letting down friends and teammates - but it'll feel like it. It will come, has come, or is coming and these moments are times to pick each other up, not to kick each other when we're down. So anchor yourself in this resultant truth, "There is therefore now no condemnation for those who are in Christ Jesus." Romans 8:1

DO THIS: Be a brother and encourage Cody Parkey and the Cody's in your life today.

PRAYER: God, we have all failed. Today we remember Cody and men like him who today are reflecting on their futility, draw them close to you and to your hope. 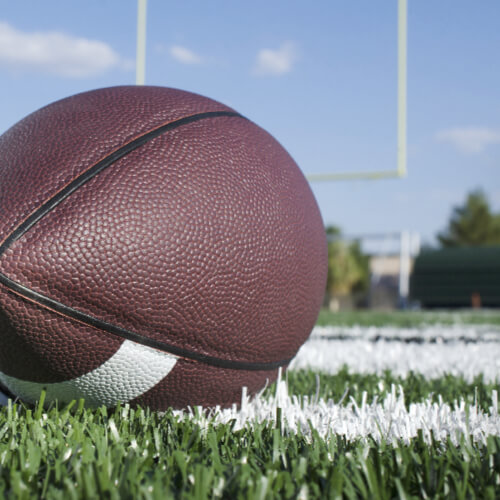