Where Are We Going Again?

Where Are We Going Again?

When they heard this they were enraged and were crying out, "Great is Artemis of the Ephesians!" So the city was filled with the confusion, and they rushed together into the theater, dragging with them Gaius and Aristarchus, Macedonians who were Paul's companions in travel. But when Paul wished to go in among the crowd, the disciples would not let him. And even some of the Asiarchs, who were friends of his, sent to him and were urging him not to venture into the theater. Now some cried out one thing, some another, for the assembly was in confusion, and most of them did not know why they had come together. Some of the crowd prompted Alexander, whom the Jews had put forward. And Alexander, motioning with his hand, wanted to make a defense to the crowd. But when they recognized that he was a Jew, for about two hours they all cried out with one voice, "Great is Artemis of the Ephesians!" — Acts 19:28-34

Just so you have a complete understanding of what's happening, I will put up a picture of the theater as it stands today. The theater at Ephesus was spectacular in its time and held about 25,000 spectators. The theater faced the great harbor, but behind it and up the hill stood the Temple of Artemis. And right at this moment, a mob has gathered. Demetrius, the business owner we talked about yesterday, has stirred up a mass protest. Like most angry mobs, these people have no idea why they've gathered. And thus, they are just doing what everyone else is doing and saying what everyone else is saying.

Years ago, researchers at a university performed a group experiment in which people were told to randomly walk around a large hall without talking to each other. A few select people were then given more detailed instructions on a path to walk. After the experience, they discovered that people would blindly follow one or two instructed people who appear to know where they are going. The results showed that it only takes about 5% of confident and instructed people to influence the direction of the other 95%. That's pretty scary when you think about it. It only takes a small percentage of people, merely 5%, to change the behaviors and minds of an entire city who will blindly follow.

And we see that play out here. A few very confident businessmen lead a whole mob of unsuspecting people to a theater who have no idea why they have gathered and why they are chanting.

The takeaway today is fairly simple. Before you start following someone or even a group of people, maybe you should take some time to assess the obvious — like where you are going and why you are going there? These are questions you might even need to ask today. They might be questions you need to ask about your life direction, career, relationships, or what you're choosing to worship. Because if you don't stop to ask them before too long you may look up to discover that you don't like where you are and your reason for being there.

ASK THIS: Do you need to question an activity or process today?

DO THIS: Ask the two questions.

PRAY THIS: God, help me to assess the opportunities before me today.

PLAY THIS: Wherever You Lead - Kristene DiMarco. 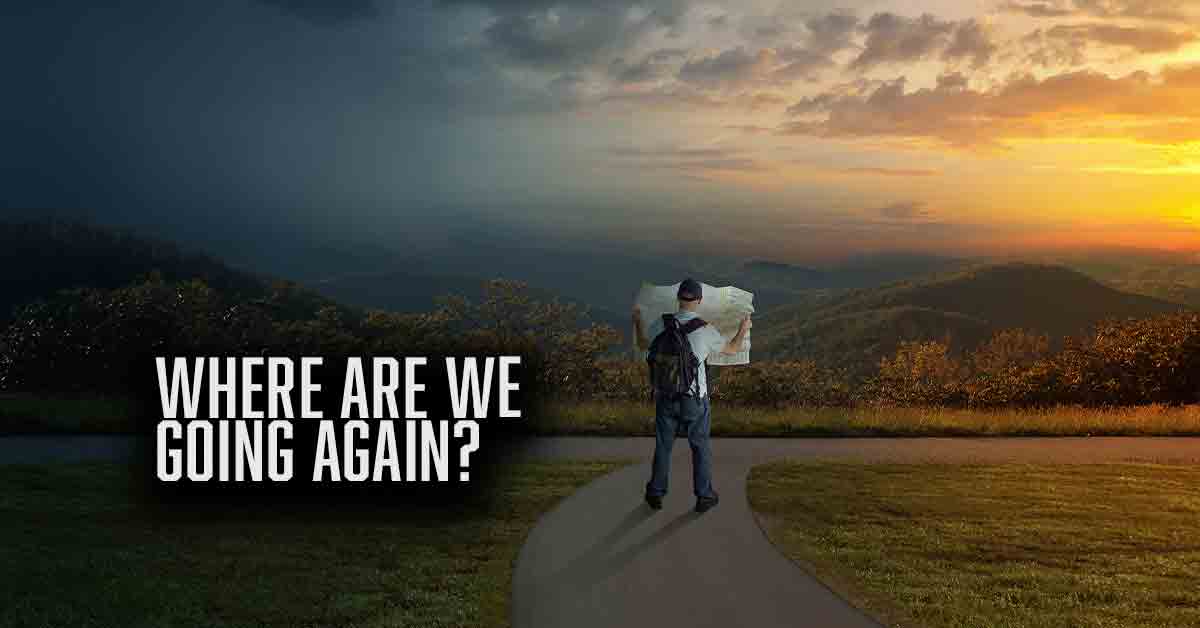 4 thoughts on “Where Are We Going Again?”