Eventually, you will encounter a gap in your morality, character, and leadership. Sometimes this might surprise you. In the moment above, God challenged David with a man named Nathan who was ordered to speak into his life about his sexual sin, perversion of power, tall tales, and strategic scheming which led to the ultimate killing of Bathsheba's husband so that he could have his wife in hopes of hiding his gap. While a lot was leading up to this, David stumbled hard over a leadership gap.

Every man and leader will eventually face one of these moments — many of them. But the difference is a great leader trips over these gaps, embraces the hard truth about their actions, and changes. Most falsely believe it's better to hide these gaps, rather than expose them and overcome them. Hiding only increases the gaps which deepen with time. But a brave leader turns a weakness into strength leading the one thing that's most important to lead — themselves.

DO THIS: Face into something your hiding.

PRAYER: God, I may be unaware of the weaknesses and gaps in my life. Will you make this known so that I can become your man. 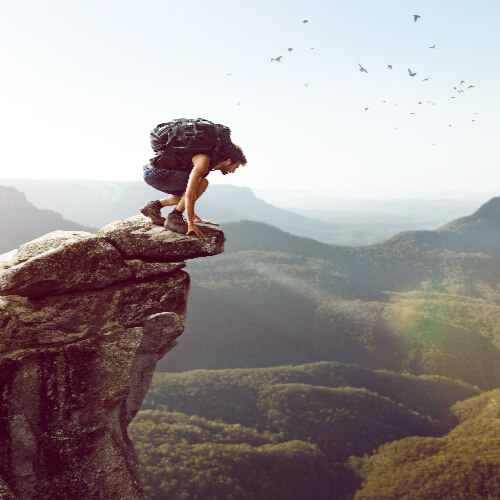